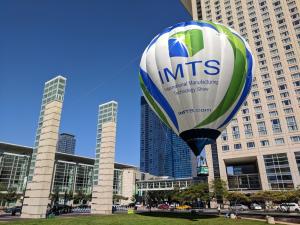 The International Manufacturing Technology Show was great. It was fun to actually meet some of the people I’ve worked with over the past couple of years, plus there were the new machine tools, Industry 4.0 and industrial-internet-of-things technology, software systems, cutting tools, robots, metrology equipment and 3D printers. My dogs were killing me every night, but I wouldn’t have missed it for anything. And Chicago—what a cool town. As the saying goes, I wouldn’t want to live there, but it’s a nice place to visit.

Then there was the flight home. I once consulted for a living so am no shrinking violet when it comes to air travel. But damn, when did the seats get so small?

I understand the whole lightweighting thing. I’ve written about composites and CAFE standards, and I follow the ICCT’s, EPA’s, ICAO’s and other government agencies’ push for more fuel-efficient planes, trains and automobiles. Even though I’ve been criticized by readers for my views on global warming—“Why does your magazine let you write about that fallacy anyway?”—I have to support anything that promotes greater energy efficiency, whether it’s an aircraft’s fuel usage or the machine tools needed to make said aircraft. I have grandkids too.

And sorry, Bob W., but I do agree with the tree-huggers on the negative effects of greenhouse gases. Whether they were caused by us is irrelevant. It’s what we do to slow or even stop them that’s important.

Back to the seats. Really? Without getting into all the depressing details, a quick Google search reveals that every major aircraft manufacturer in the world has reduced both the pitch (legroom) and width (butt room) of seats over recent years. The airline that I flew home with won first prize in the “Let’s see how many suckers we can cram into this airplane” contest.

Using a form of twisted logic that has become quite common in our increasingly partisan, let’s-say-whatever-it-takes-to-get-our-way world, I can see how replacing the relatively heavy seats of yesteryear with the equivalent of children’s high-tech folding chairs might shave a few thousand pounds off an aircraft, thus saving fuel. And I begrudgingly admit that having more passengers per flight means fewer flights will be needed to move those passengers, again reducing the industry’s overall fuel consumption—in theory, at least.

But here’s the thing. I’m not a svelte guy. Neither was the dude sitting next to me on Flight 1969 from Chicago’s O’Hare International Airport who had me beat on beer and pizza consumption by a big margin. By jamming another 20 or 30 people like us into that airplane, it doesn’t matter how much carbon fiber, titanium or crappy seating was used in an effort to make the plane lighter—it’s going to suck a lot of gas.

The airlines can say what they like, but all this talk of lightweighting isn’t about cutting carbon emissions or saving the planet for future generations. It’s an unspoken plot to maximize revenue. And as recent FAA rulings against this farce indicate, airlines paid off politicians to do it.

Anyway, the good news is that I made it home safely. If the tubbo sitting next to me hadn’t had his elbow stuck in my rib cage the entire time, it would have been a very pleasant flight. Of course, my connection in Phoenix was delayed more than three hours and I ended up renting a car to drive to the old pueblo, but that’s a different story.

For IMTS 2020, I think I’ll drive to Chicago. Nothing beats a fall road trip.