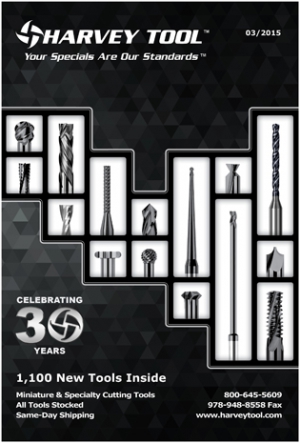 Harvey Tool announced the release of its 30th Anniversary Spring 2015 Catalog. The Rowley, Mass.-based toolmaker will introduce over 1,100 new tools, including eight new products in its variable helix, plastic cutting, undercutting, chamfering and thread milling lines. In addition, new sizes and coating options have been added to over 40 different products, according to the company.