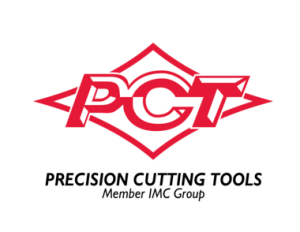 “It is my pleasure to welcome PCT as an official U.S. Safe-Lock licensee,” stated Brendt Holden, president of Haimer USA. “The Safe-Lock system was specifically designed for aggressive machining applications and high speeds, and many of PCT’s customers are already utilizing the Safe-Lock technology. It is for this reason that I believe that the Safe-Lock system will be well received by PCT customers across the U.S.”

At PCT, customers were realizing that increased productivity would reduce overall costs. With the use of Safe-Lock, customers feel comfort knowing that their tools are secure and will not pull out and potentially scrap a part. “At PCT, we consider ourselves a solutions provider for the end user,” CEO of PCT Nikhil Sheth said. “Partnering with HAIMER has allowed us to provide this sort of assurance against tool slippage.”

Since its creation, the Safe-Lock system has continued to grow rapidly in the U.S. market across all industrial sectors. The success of the system has largely been fueled by its popularity as more and more manufacturers recognize increased productivity due to the pull-out protection Safe-Lock provides. Safe-Lock, which emerged from the requirements of heavy-duty machining, initially made a name for itself in the aerospace and energy industries. However, cost and time savings are not solely restricted to typical aerospace applications and have also been found in typical milling applications. In particular, the increase in customers utilizing the modern high efficiency dynamic milling strategies available from the CAM software companies, have found Safe-Lock to be an absolute necessity.