The human hand is still regarded as the benchmark when it comes to flexibility of gripping tools. Humanoid manipulators that enable the widest variety of gripping variants will be more and more in demand in future, particularly when it comes to service and assistance robotics. In addition, the factor of economical viability is increasingly important.

Whereas grippers were previously designed for industrial automation based on robustness, longevity and performance, with gripping hands the focus is on flexibility of motion. The closer human beings and robots work together, the greater the relevance of humanoid five-fingered hands will be.

"In extreme cases, human beings and service robots will share one and the same workstation, including all tools and auxiliary equipment," explains Dr. Martin May, head of research/advanced technology at Schunk. Precisely for this reason SCHUNK already had the SVH five-finger hand certified by the DGUV as the world's first gripper for collaborative operation in 2017. Its five fingers can carry out many kinds of gripping operations with the help of a total of nine drives. Further, numerous gestures can be performed, thereby facilitating visual communication between humans and the service robot and increasing acceptance for its use in human environments. 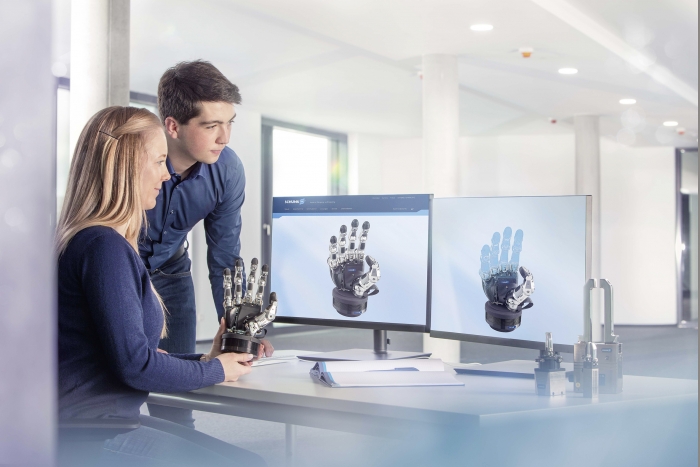 In assistance and service robotics, the Schunk SVH five-finger hand opens up a wide range of opportunities. All photos courtesy of Schunk

Sharing a Desk with a Robot

"In our research projects, we were able to ascertain that the human hand is much more than just a highly flexible tool for handling. Unlike with industrial grippers, users always associate emotional aspects with humanoid gripping hands," May said. "Gripping hands are always in demand wherever a robot has to imitate human handling methods."

This concerns manipulation as well as gestures. In its research projects, Schunk has focused in particular on domestic-type applications of service robotics and assembly-oriented applications in industrial assistance robotics.

"Gripping hands are a sensible option wherever the environment of an activity is configured for human beings, who are then to be assisted by a robot, for example in domestic kitchens but also in industrial assembly workstations or in picking and logistics applications," May said. 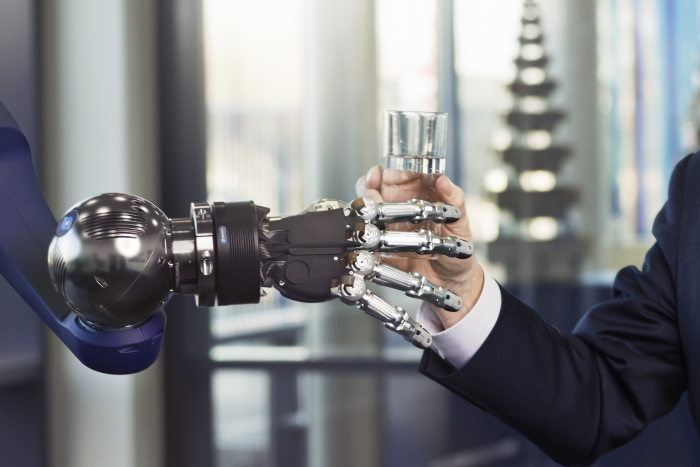 The Schunk SVH five-finger hand is a DGUV-certified gripper for collaborative operation.

In line with the relevant application, Schunk has various gripping hands within its portfolio, starting from a two-fingered hand reduced to the basic functions of gripping for service robotics, to the industry-compliant three-fingered hand Schunk SDH and the complex Schunk SVH five-fingered hand. The latest model, the SCHUNK SIH, is likewise equipped with five fingers with a structure similar to human beings but differs from the SVH fundamentally in terms of drive and kinematics. Whereas the SVH, which is driven via nine motors, complies with the typical aspects of a precision working robot hand, the SIH, which is equipped with five motors and actuated via pull cables is much more based on its human counterpart with its veins and muscles. Three of its fingers can be moved independently of one another and the two smallest in turn move together as a team. As a result, the SIH can be deployed more flexibly than other gripping hands with pull cable mechanisms that are available on the market, and at the same time it is more robust and lower in price.

According to Martin May, this latter aspect in particular was a key requirement for the research project, for particularly when it comes to service robotics applications in domestic environments, strict management of costs is a must if they are to be successful on the market. To attain the goal of affordable, simple-to-operate five-fingered hands for versatile applications, Schunk makes use of experience from bionics as well as the latest motor and electronics concepts. Using intelligent gripper control, a wide range of gripping projects can be realized via a simple-to-operate interface without having to program these precisely. 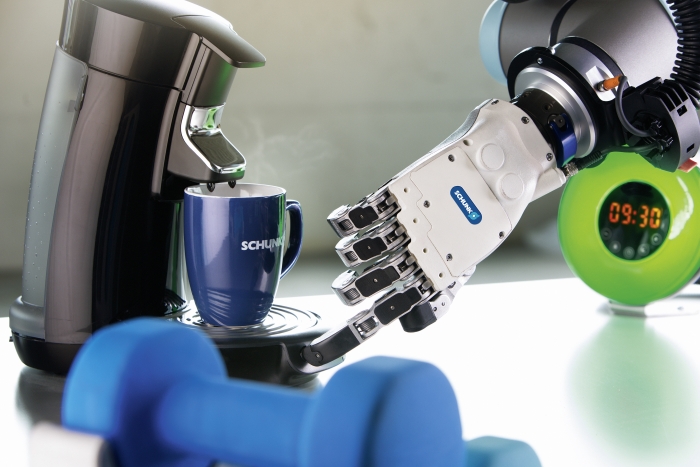 With the SIH, Schunk is expanding its portfolio to include a robust gripping hand at an attractive price that can be used flexibly in a variety of applications.

In its Smart Labs, Schunk goes one step further. In addition to the gripping component, the company is dedicated to the gripping process as a whole and is on the lookout for ways of dealing with handling tasks autonomously. Intricate programming of the robot, which until now had to be done manually by the user or integrator, will in the future be replaced by a learning, autonomous assembly of components.

Instead of individually defining positions, speeds and gripping forces step-by-step, intelligent gripping systems will in the future detect their target objects via cameras and perform gripping planning of their own accord. Based on data records and algorithms, gripping systems will be capable of detecting principles and deriving corresponding reactions. In addition, Schunk R&D is working on algorithms for classifying different geometries and arrangements and developing optimum gripping strategies. Gripping systems should be able to handle parts autonomously and refine the underlying gripping workflows ever further. 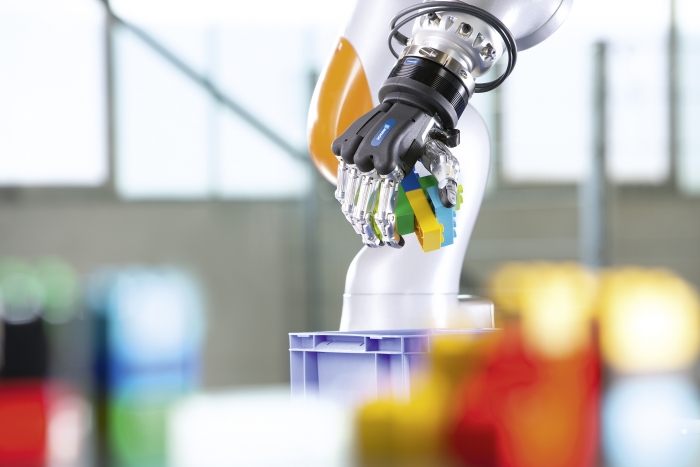 In this application, the Schunk SVH five-finger hand is autonomously gripping a random object that has been positioned at will.

The greater the variance of the parts to be gripped and the more complex the task, the sooner gripping hands will be deployed here too. By means of corresponding sensor systems in the gripper fingers, the motor current and intelligence integrated in the gripping hand, the quality of a grip can be detected, evaluated, and readjusted if necessary. In addition, characteristics of objects such as geometry, size or flexibility can be sensed via the gripper alone and transferred to higher-level systems or upstream/downstream stations.

"Using artificial intelligence methods, it will also be possible to train service and assistance robots intuitively and create individual libraries for gripper planning and then add to these," May said. "Particularly gripping hands for versatile use will then no longer be deployed for repetitive tasks but it will be possible for them to be continually adapted to new objects and relations and their gripping strategies optimized on an ongoing basis." 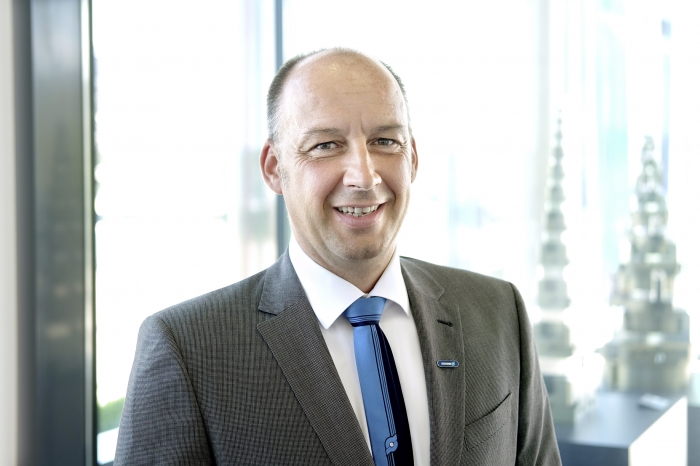