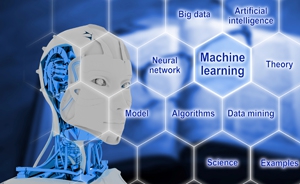 The Internet of Things (IoT) and data analytics are transforming the manufacturing space; and data is the new currency. Currently, human intervention is needed for logical and reasonable decision making; however, with the rise of cognitive technologies, machines will be empowered to detect constantly changing manufacturing scenarios and respond in real time with minimum human intervention. To be successful, manufacturers need to invest in artificial intelligence (AI) technology to improve plant efficiency and productivity, and build partnerships and collaborations that drive data-driven intelligence.

“The automotive industry will lead in terms of the adoption of cognitive technologies in manufacturing,” said Frost & Sullivan Industrial Automation & Process Control Senior Research Analyst Nandini Natarajan. “With vehicles turning autonomous, the industry’s focus will shift to technologies like machine vision and predictive analytics. These technologies will be widely used to predict dangers and prevent road accidents.”

The Dawn of Artificial Intelligence—Foreseeing Manufacturing in the Cognitive Era, part of Frost & Sullivan’s Industrial Automation & Process Control Growth Partnership subscription, finds that the development of smart and safe robots using machine learning techniques will continue to remain a prime area of focus for cognitive factories. The global industrial robotics market is expected to double in and value to reach $70.26 billion by 2023, growing at a compound annual growth rate (CAGR) of 8.1 percent. The study gives a detailed account of cognitive computing, its application in manufacturing, and the competitive landscape through proven use cases such as IBM supercharging operations for Schaeffler, Google’s use of AI to optimize energy savings, and FANUC’s futuristic factory with NVIDIA’s AI platform.

AI will be a critical catalyst in overcoming current manufacturing challenges such as security concerns, lagging government initiatives, and a slowdown in cognitive technology growth due to conservative manufacturing mind-sets.

Key trends in cognitive manufacturing include:

“Deep learning and predictive analytics adoption rates are swiftly advancing. By 2020, these will grow to be the most sought-after cognitive technologies in manufacturing, with oil and gas, pharmaceuticals, automotive, and aerospace and defence verticals being the early adopters,” noted Natarajan.