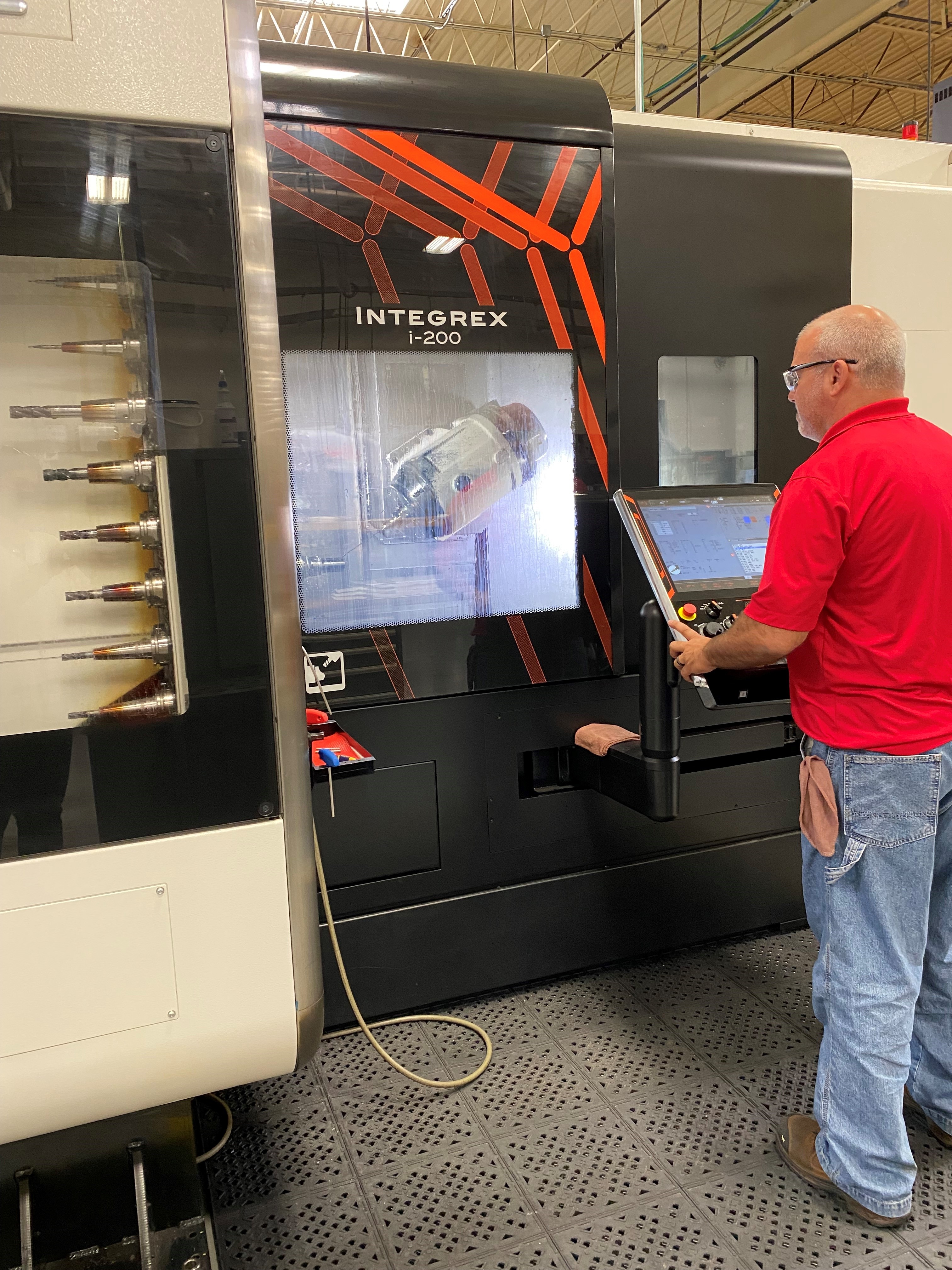 Veteran machinists might remember their first use of an indexable insert drill. Suddenly, the taper shank and Silver and Deming drills they’d been struggling with for years were obsolete, replaced by cutting tools able to drill holes at least four times faster than their high-speed steel, non-coolant fed counterparts. No more pecking, no more spotting drills or pilot holes, no more drill wander or stopping production to sharpen a worn drill bit—simply load up a fresh set of inserts and get drilling.

The chances are good that the logo inscribed on that revolutionary cutting tool spelled KUB. First introduced in 1977, Ceratizit’s Komet KUB product category of insert drills paved the way to easier, more productive and accurate holemaking. The century-old German cutting tool manufacturer—now part of the Ceratizit Group—took holemaking even further with the KUB Trigon in 1995, a design that continues to set today's indexable drilling standard.

Rick Cahn knows as much about the KUB Trigon drill as anyone. He applied for an entry-level assembly and deburring job at Ceratizit USA’s (formerly Komet of America) Schaumburg, Illinois, facility in 1994—just a few months before the product’s debut—and has been there ever since.

"After my first year, they let me apply for the apprenticeship program, and four years after that, I graduated to the CNC machining department,” says Cahn. “Since then, I’ve worked on everything from our standard product lines like drills and cartridges to all manner of special tooling—chamfer tools, boring bars, form cutters ... you name it.”

Cahn’s also made his fair s 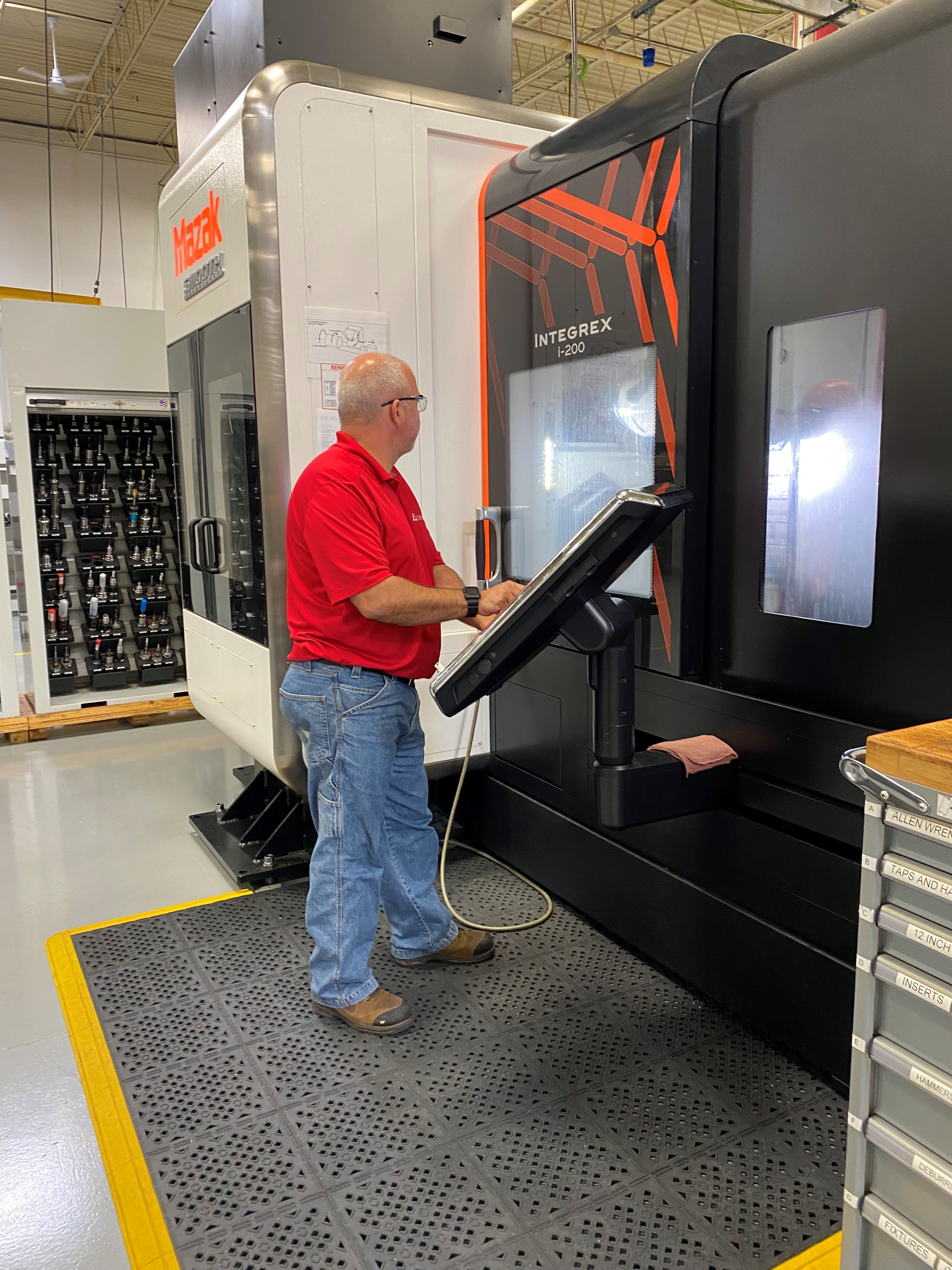 hare of KUB drills. As you’ll see, the manufacturing approach has changed a great deal recently, but it was once a "fairly lengthy process" that required multiple machining operations.

"Back then, we used a pair of CNC lathes and a rotary table-equipped machining center to rough turn both ends, drill the coolant holes, and mill a pair of straight flutes, after which the partially completed drill would go into an induction heating device,” he said. “There, it was brought up to 1000 degree F or so in less than ten seconds and then twisted to generate the spiral flutes."

When cool, the drill was sent back to the CNC department for finish turning, milling of the insert pockets, and then heat-treated to the desired hardness. This was followed by cylindrical grinding of the shank and some additional machining operations on the drill's front end to make the insert pockets perfectly true. As Cahn stated, it was a lengthy process, but has since been streamlined somewhat by the addition of some very advanced machining technology—an Integrex multitasking center from Mazak.

Taking the next step

“When Ceratizit USA invested in its first mill-turn machines around seven years ago, I volunteered to move over to that department, because up until that time I'd spent my entire career almost entirely in the milling area," he said. "It turns out that was a very good decision that they purchased the Integrex and offered me that position due to my experience with live-tool lathes. That's what I've been doing for the past three years.”

Cahn now enjoys the title of lead CNC machinist for 5-axis. He said he enjoys working with the Integrex, and using it finds the manufacturing process for KUB Trigon drills is far shorter than it once was. The blanks are machined in Germany, heat-treated and ground, then delivered to the Integrex for final machining. Here, a RoboJob six-axis robot loads and unloads parts all day from a pair of pallets, freeing Cahn for more important work than machine tending. 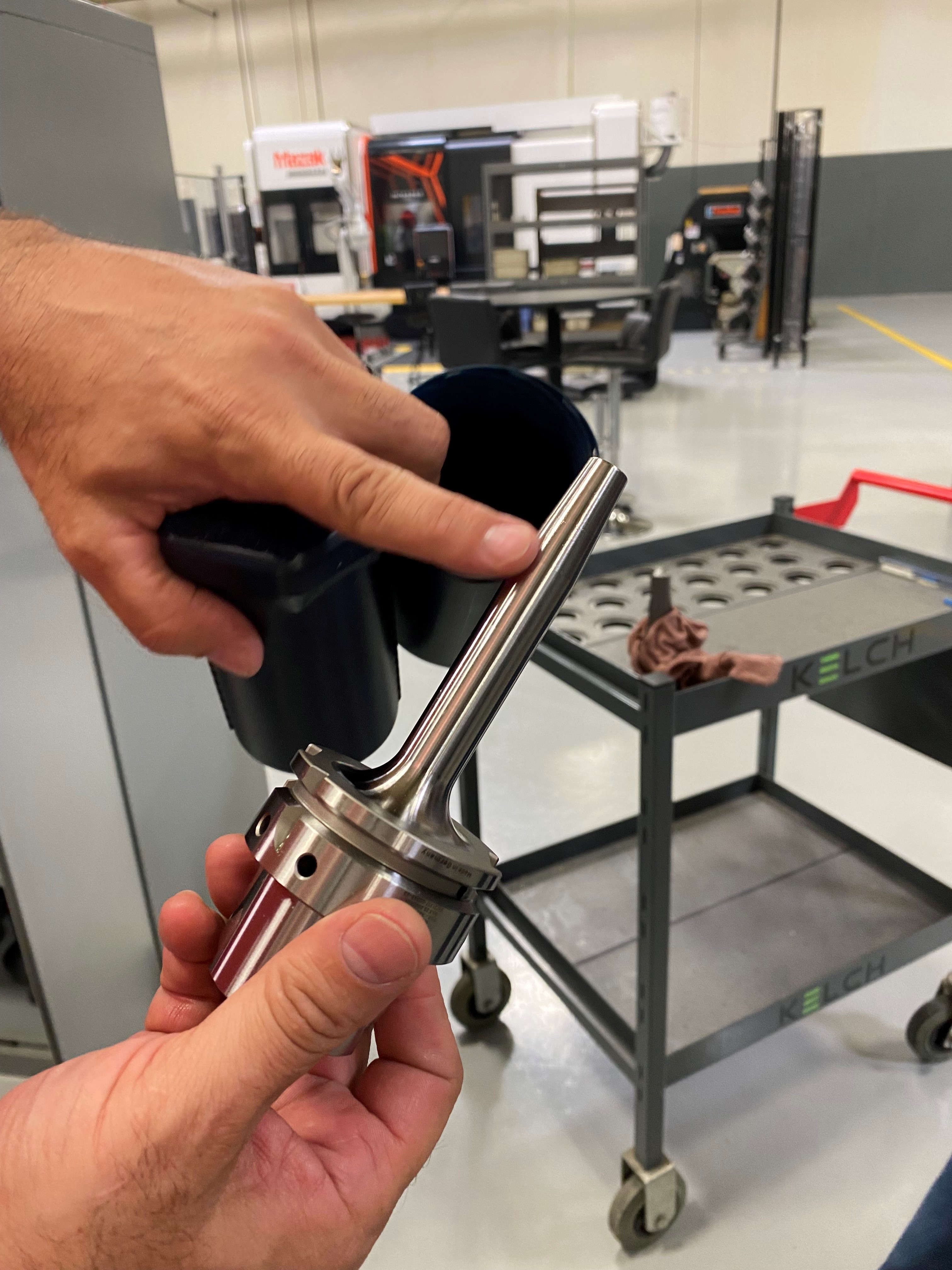 “With 110 tools resident in the magazine, all I have to do on most jobs is pop in the fixture, run a probing routine to pick up work offsets, and push cycle start,” he said. “Setup times have dropped to maybe half an hour, whereas they were taking hours previously. On top of that, I expect that the Integrex and some of the other equipment will be running lights-out fairly soon. Considering Industry 4.0 and all the other technology that’s available today, that's where manufacturing is headed.”

One of the people helping to move the company in this direction is Steve Heckard, Manager of US Operations. He notes that Ceratizit USA is pushing further in this direction via numerous continuous improvement initiatives. These include offline presetting of cutting tools, quick-changeover workholding like that used on the Mazak, and greater use of machine probing, all in an effort to reduce setup time wherever possible. “Despite the fact that some standard products may run in the thousands, production jobs of one to five pieces are common, with many specifying custom parts they will never see again,” said Heckard. “We very much have to operate with a job shop mentality here, and that means focusing on our changeovers.”

To this end, he and his colleagues are engaging with their counterparts in Europe, where a robust operational excellence program is underway. The two teams recently met in Schaumburg for a workshop to begin baselining current production capabilities and share ideas on ways to further improve shop floor operations, among them future automation initiatives and the standardization of work documentation.

Increased use of automation notwithstanding, they’re also searching for solutions to another problem, one that plagues manufacturers across the United States: the shortage of skilled workers. “I think one of the biggest challenges right now—not only for us but for the industry at large—is developing a pipeline of talent to one day fill the shoes of machine shop veterans like Rick [Cahn]. These people have lots of experience that will be difficult to replace.”

He notes that the best way to address this is for Ceratizit and the manufacturing community overall to begin building partnerships and relationships with community colleges, vocational-technical institutes, and high schools, investing in the next generation of talent now so that shops will not be even more short-handed in the years to come. "There are some great opportunities in manufacturing, and it’s our task to educate young people on these opportunities and attract them to the rewarding, good-paying jobs that we and others are offering," said Heckard.