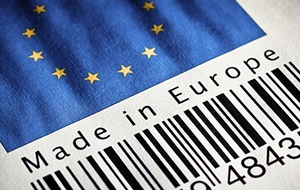 The CECIMO General Assembly that recently concluded in Rotterdam confirmed that, based on solid booking numbers, the European production of machine tool is set to grow by almost 4% in 2017 and surpass a volume of 25 billion euro. Members also agreed that as industrial data is context-sensitive and often contains trade secrets, policy-makers should refrain from designing strict regulations on access to and sharing industrial data. CECIMO is the European association representing the common interests of the Machine Tool Industries globally and at EU level.

Economic situation and outlook
The European machine tool builders cope well within the feeble international environment. According to preliminary forecasts, the machine tool production in Europe is projected to grow at an annual rate close to 4% and record more than 25 billion euro in 2017, after exceeding 24.3 billion euro last year.

Although exports from the European machine tool industry were 3% lower in 2016, CECIMO members were outperforming internationally as the global MT trade decreased around 7%. The global machine tool consumption contracted 6-8% in 2016. CECIMO countries exported machine tools worth around 18.3 billion euro in 2016, accounting for the clear majority (96%) of the European exports in the sector and for almost one of every two machine tools sold in the foreign markets. It is difficult to make a forecast for 2017, as plans for international trade barriers seem to emerge. Though, if the business climate remains unchanged, CECIM0 exports are likely to grow to a level of 19 billion euro. Among the reasons of this positive trend, Dr Frank Brinken, Chairman of the CECIMO Economic Committee and Vice-Chairman of Starrag Holding AG, points out that “digitisation and future proven high quality standards increase the attractiveness of the European MT portfolio in foreign markets.”

On the domestic European side, modernisation of production equipment and previously postponed investments for capital goods will likely contribute to a rise in machine tool sales. The European consumption is expected to pass 18 billion euro in 2017 and to retain a solid market share in global MT consumption above 26%. Such increment relates to an annual market expansion of nearly 3.5 percent.

Finally, the levels of investment, necessary to modernize manufacturing with digital ready equipment, are still insufficient. However, the growing acceptance and speed of the digitization of our industry support the economic recovery in Europe, while political stimuli and the positive sentiment among European businesses should drive investment in the MT sector upwards.

“We are glad to see that European policy-makers put connectivity in industrial context at the forefront, and that they foresee a dialogue with trade associations for a EU framework on machine-generated data. Yet, we remind policy-makers that industrial data mirrors processes, products and systems, so it’s context-sensitive and often contains trade secrets. The goal is not to implement new premature rules, but rather, to increase our companies’ technical and organizational capacity. Together with policy-makers we should generate a common understanding fit for the digital era.” stated Filip Geerts, CECIMO Director General.

So, MT industry does not favour strict regulations on access rights to data with a top-down approach, which might hamper legal certainty and trust in data economy. Access to data generated by machines is defined by bilateral contracts between businesses, which seems to work sufficiently well for now.

“To build a thriving data economy in Europe, the complex manufacturing sector needs the European institutions to be cautious in designing policies on data rights. Any strict regulation might be perceived as an intervention in the market and block investment in data-driven solutions. Businesses should negotiate and decide freely the extent of the industrial data to be shared,” added Luigi Galdabini, CECIMO President. Policy-makers should rather provide long-term certainty, raise awareness on new business models, and support high-speed internet across Europe, with a focus on SMEs.

Lastly, the machine tool sector is becoming increasingly global, trading within and beyond Europe. As data economy cannot be built at national level, the EU should increase its efforts on free flow of data across the EU and on data exchange with third countries.

About CECIMO
CECIMO, the European association representing the common interests of the Machine Tool Industries, brings together 15 National Associations of machine tool builders, which represent approximately 1300 industrial enterprises in Europe (EU + EFTA + Turkey), over 80% of which are SMEs. CECIMO covers 98% of total Machine Tool production in Europe and about 36% worldwide. It accounts for almost 150,000 employees and a turnover of nearly €24 billion in 2016. Approximately 75% of CECIMO production is shipped abroad, whereas around half of it is exported outside Europe. CECIMO assumes a key role in determining the strategic direction of the European machine tool industry and promotes the development of the sector in the fields of economy, technology and science.

Edited from information provided by CECIMO.