Burr Oak Tool Inc. is a leading producer of dies used to produce two types of fins for window air conditioners. Evaporator fins on the side of the air conditioner inside the window transfer heat from the inside air to the cold refrigerant flowing through the evaporator coil. Compressor fins located on the side of the air conditioner outside the window move heat from the now hot refrigerant to the outside air. Burr Oak Tool dies progressively stretch and reform the fins through a series of metal forming operations that extrude and reduce the thickness of the fins. The complex geometry of the dies must be controlled within +0.0005"/-0.0000" to meet fin tolerances. 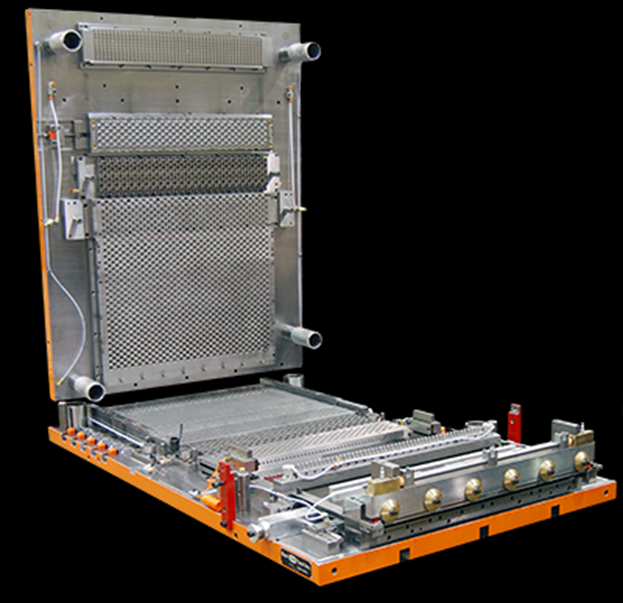 Until recently, the company finished and semifinished form plates on a form grinder because its machining centers could not hold the required tolerances. It took 9.2 hours to produce form plates with a waffle form and 11.3 hours for sine wave form plates. The company recently purchased a Mazak VTC-800 4-axis vertical machining center with the goal of reducing machining time for these dies. The new machine is much more difficult to program than any of the machines used previously by the company. Adding to the challenge is the fact that parts are designed in 2D because they have so many holes and other features that it would take prohibitively long to design them as solid models.

Back in the mid-1990s, Burr Oak Tool used a CAM software package that did not accurately simulate machining operations. The company mounted many of the parts it machined on workholding devices called tombstones and it was not unusual for a spindle driven by a new program to crash into a tombstone, which often required expensive repairs. 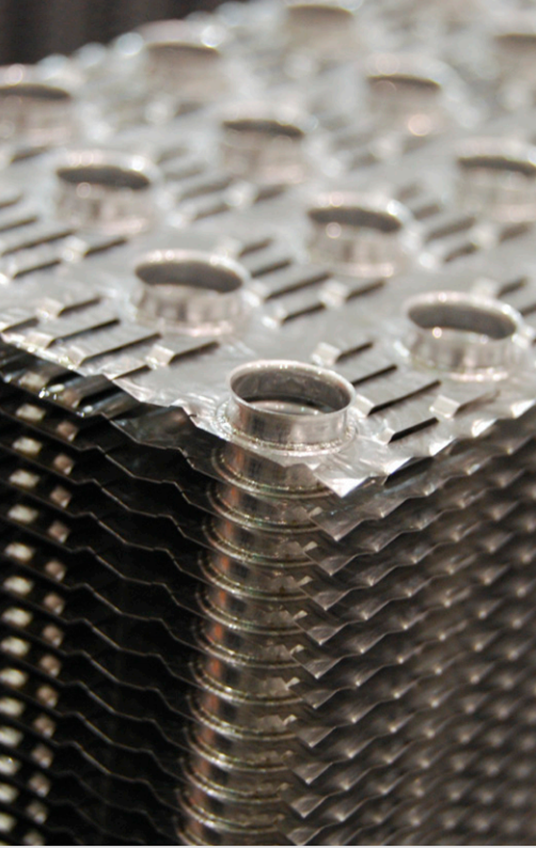 “We switched to Esprit CAM software from DP Technology because it accurately simulates the machine, spindles, tools and workpiece in real-time operation,” said David Schwartz, CNC programming manager for Burr Oak Tool. After the purchase of a new 4-axis machining center, Burr OAK Tool programmers attended Esprit training for the Mazak VTC-800 and the company purchased a Solid Mill Free-Form 3-axis add-on for one of its Esprit licenses. 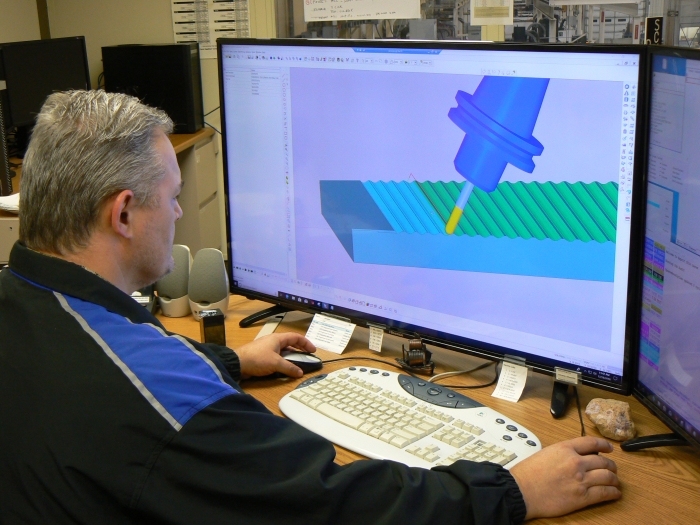 The first step in programming the form plate is importing the 2D models that contain the part definition. Only a few clicks are needed to extrude the 2D models to create the 3D surface geometry. The next step is to define features such as holes and bosses which map into machining operations. Burr Oak Tool programmers currently perform this step manually although in the future they plan to investigate the automatic feature recognition capability of Esprit. Burr Oak Tool programmers use the software’s mill between curves feature to define the surface to be milled.

Most machining operations are performed with the spindle tilted at 30º with respect to the workpiece because ballnose endmills perform better when cutting on their sides than on their points. The milling operation is typically run at a 250-ipm feed rate and produces an 8 Ra finish, which matches or even exceeds the finish produced by grinding. This new procedure works so well, they were able to eliminate a separate roughing operation on the vertical machine centers and go directly to a tilted head semifinishing operation on the VTC-800 that leaves only 0.002" for finishing with a small ballnose endmill. 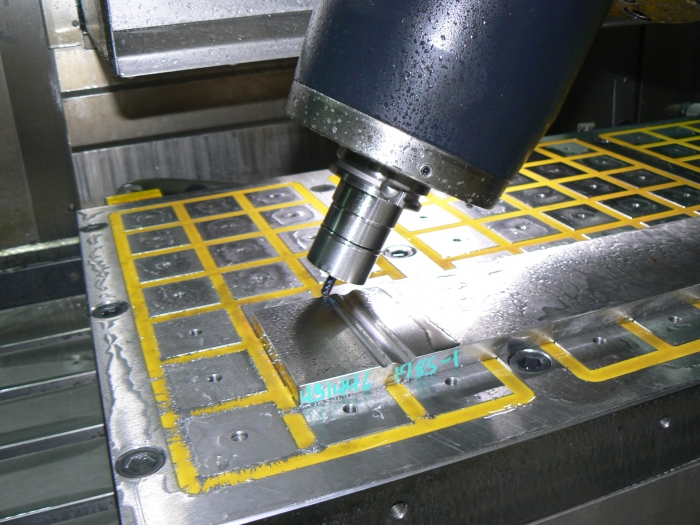 Machining of fin die on a Mazak vertical machining center.

Esprit simulation automatically identifies any moves where the spindle or tool passes too close to the part or machine. Programmers closely compare the simulation results to make sure it matches the design spec. As a final step, programmers use the Esprit post-processor for the Mazak VTC-800 to produce code that runs perfectly every time. Thanks to its accurate simulation and code, Burr Oak Tool programmers feel confident enough to run lights-out even with high precision, single run, custom parts. 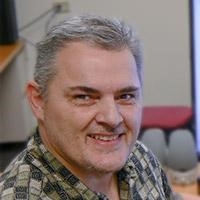 “We have reduced machining time to three hours on the waffle dies and four hours on the sine wave dies, substantially reducing the cost of producing these critical tools,” Schwartz concluded. “Programming the form milling operations on the dies takes only about two hours, which is remarkably low considering the complexity of the part. We are confident that once we fully incorporate the capabilities of Esprit into our programming methodology we will be able to reduce fin die programming time to only one hour.”