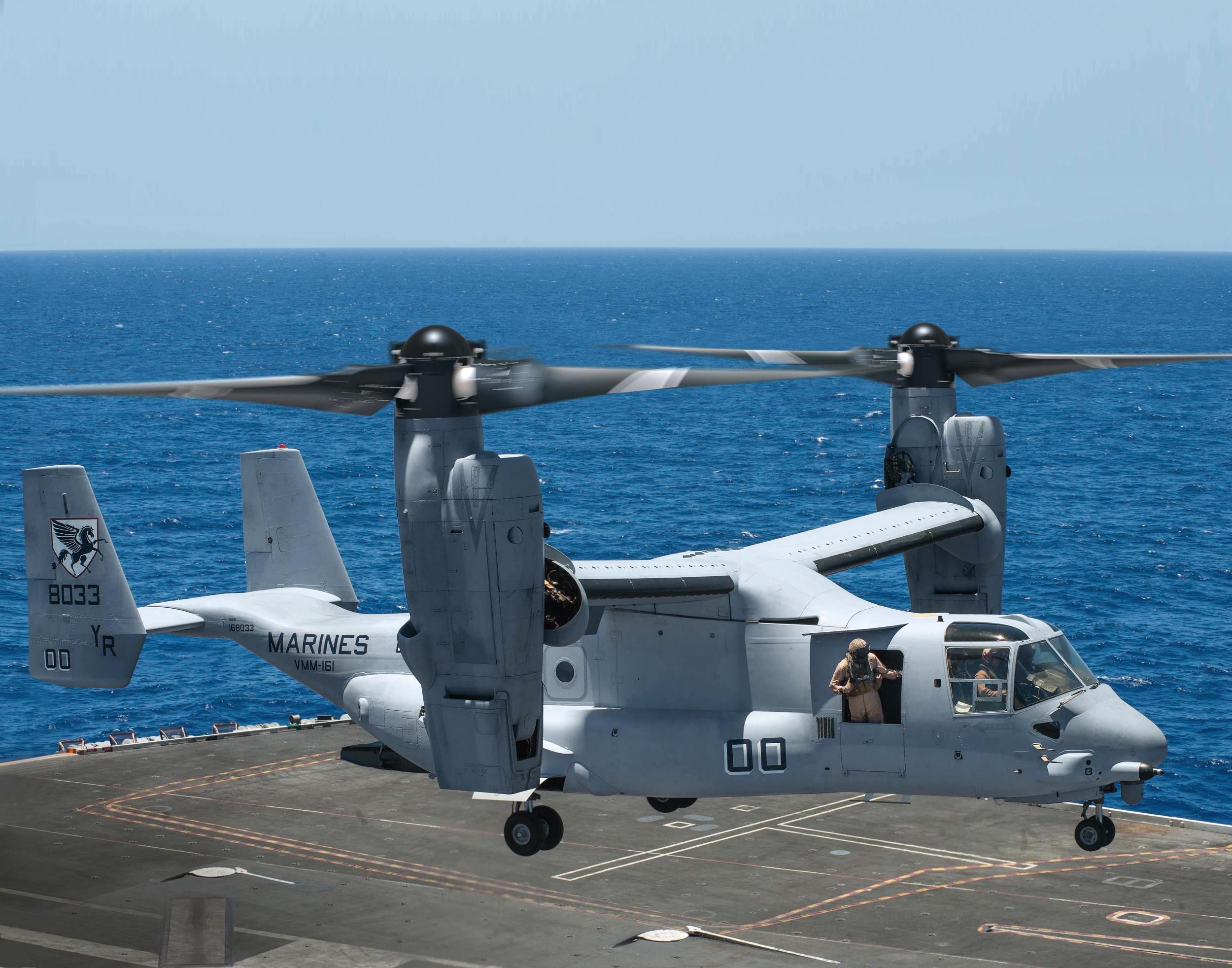 The Bell Helicopter Drive Systems Center (DSC) in Arlington, Texas, can never be confused with anything “little.” It’s a huge facility, filled with the latest milling, drilling, and boring equipment, and operated by 600 machinists, programmers, operators, engineers and technicians. In fact, some newly installed equipment is making some of the company's biggest components in its history.

The DSC does resemble a small job shop is in its agility, flexibility and responsiveness, which was critical as the company tried to operate during the challenges of today’s world.

According to Mark Rudeseal, vice president of the DSC, during the previous four years the DSC had been under siege as the economy affected orders. When the U.S. government said the V-22 Osprey twin tiltrotor aircraft had been green lighted, and the Marine Corps had committed to a four-year program, the DSC was already a year behind on capacity.

Rudeseal explained that when the V-22 project was approved, work in the DSC had been in flux. While demand for Bell helicopters was still high, real-world factors meant that cancellations were high as well.

“We had all of the year sold out,” Rudeseal said, “but then customers began saying, ‘We really need the helicopter, but we can’t get financing.’ So, we had quite a few customers who walked away at the last minute, saying they really wanted the aircraft, but couldn’t find the money to buy right now.” 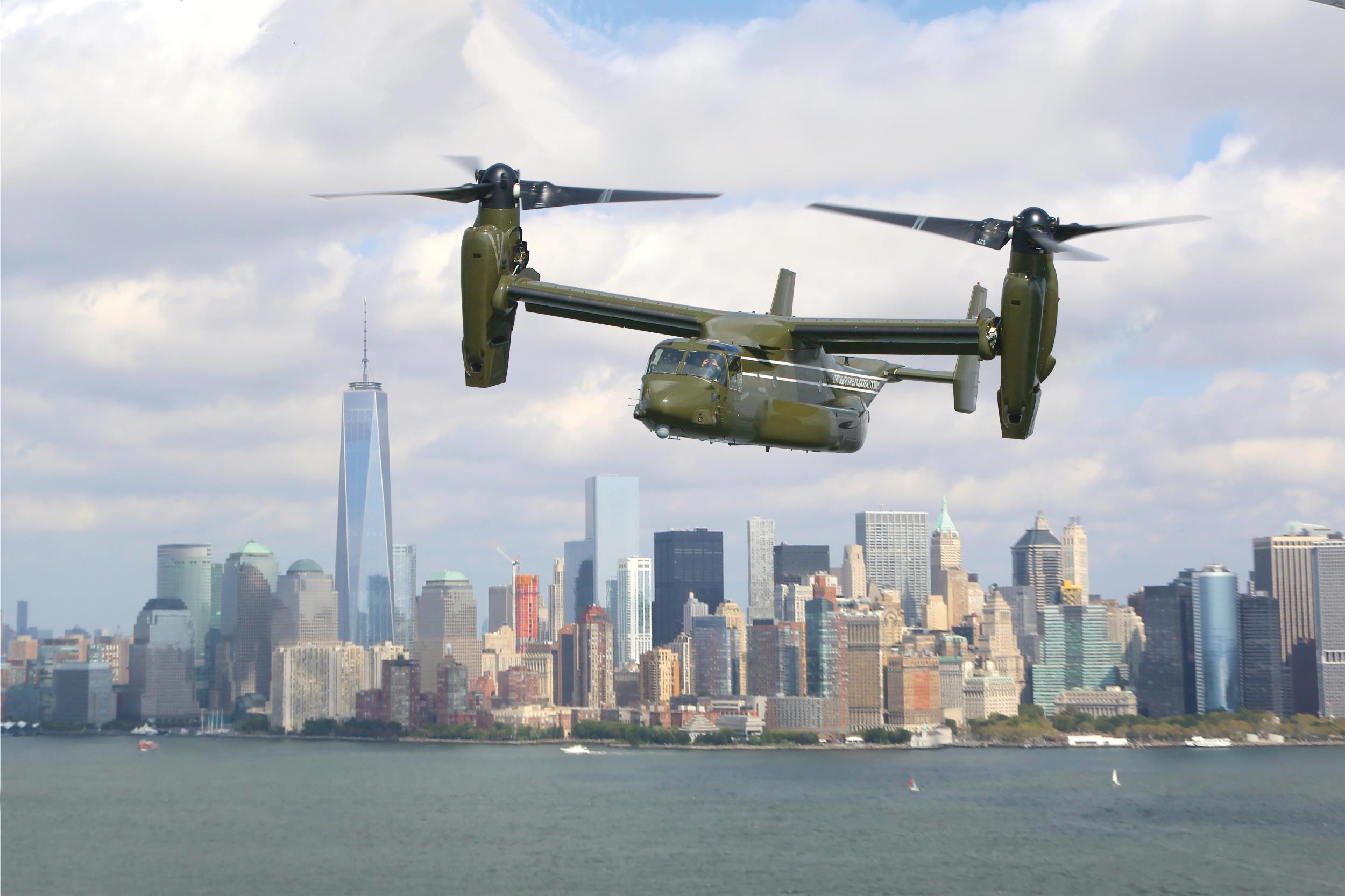 When the V-22 program was given the go ahead, the company realized not just that project plans had to be adjusted, but that the machine tools that had successfully built helicopters (four-bladed Hueys and Cobras), Jet Rangers gunships, and other projects in the past, would not be hefty enough for the V-22 work that included large castings and forgings for gearboxes, adapters, fittings and components.

The Starrag 5-axis STC 1250 machining center was big and rigid enough for production, and was able to hold tight accuracies in all axes, said Gerald Henderson, director, manufacturing support. He said that Starrag guaranteed 0.002” (0.0508 mm) true position on multiple bores.

The V-22's proprotor gearbox requires a number of bores along multiple access. A bore test was designed in which 36 holes were drilled into a 2” x 3” (50.8 x 76.2 mm) piece of aluminum. After drilling, the B-axis was rotated 90°, and another series of holes was drilled.

Other features that appealed to the DSC experts was the trunnion size table that was needed for the V-22’s big transmission adapter and the proprotor gearbox. In addition, Starrag standardized on Siemens 840D controllers for all their machines, meaning jobs and operators could fluidly move from one machine to another.

In addition, the DSC also wanted to reduce set-up and cycle times while increasing throughput. “With the old method,” Rudeseal noted, “it took us more than 200 days to do a gearbox.”

That changed after the DSC installed new equipment including large 4-and 5-axis SIP jig bores, 4-axis CWK 800s, and 4- and 5-axis SIP 7000s. The heart of the new equipment is the Large Case Cell featuring twin 5-axis STC 1250s and a multi-story Fastem pallet loader/unloader that was dubbed The Monster.

“We reduced planned cycle time down to a little less than 100 days,” said Rudeseal. “We cut it (cycle times) in half. We were able to achieve a 30% productivity output increase with all these new machines and combining operations. We went from around 300 boxes to 400 boxes a year, therefore, we probably did 40-45 percent more boxes.”

Henderson said the twin STC 1250s run at 6,000rpm even though they have the capability of 10,000rpm. “The program is written at 6,000rpm because engineering doesn’t want us to run the spindle too high. They worry about the residual stresses on the material, the heat buildup.”

Starrag Group is a global technology leader in manufacturing high-precision machine tools for milling, turning, boring and grinding workpieces of metallic, composite and ceramic materials. Its North American headquarters can be reached at 859-534-5201 or visit them at www.starrag.com.