Early in my career, I was lucky to work at a shop that supported hands-on skill growth and learning in a unique way. It was intended for the purpose of training, but it wasn’t until years later, when I was in the position to implement a similar setup, that I realized its training potential. 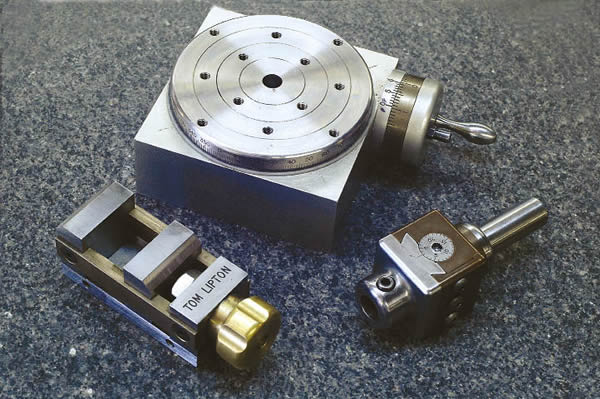 A selection of Thursday night projects.

The shop allowed its employees to work on small personal projects using the company’s facilities and resources.

One of the old guys at this company, employee No. 001, was the shop foreman until a serious industrial accident sidelined him. He started the tradition of what I call “Thursday nights.” This was the special time set aside for employees to work on their own projects. It was only 1 day a week, but it was sanctioned, albeit weakly, by the company. We were allowed to use company equipment and minor materials and build almost anything we wanted—things that we were interested in. This time was set aside so the inevitable “G-jobs,” or personal projects, would not be done on company time.

Thursday nights, however, had a much more important impact. We were gaining hands-on experience in the best possible way: by doing. People built things the shop foreman would never assign to them because he didn’t feel they had the skill or experience.

The most extreme project I know of took place over a 14-year period, when a friend built a 48 ' sailboat. He built the boat in his backyard, but almost all the fittings and bits crossed his workbench at one time or another. Another guy built a stainless steel hot tub, and the list goes on.

I maintain that if you have the experience, who cares how you came by it? By doing projects and trying things you had never done, you built up your skills. The successful people at that company were the ones who were there every Thursday night chunking away on their projects. Most success, either career or financial, can be traced to proactive learning.

The following are the basic rules for such a program.

• A minimum of two or more people work together, and somebody is responsible for locking up.

• You cannot disturb any company work in progress—unless you finish it.

• You cannot run a business out of your employer’s shop. That means no work for money. Trades and barters are OK, but no visitors—the exception being visitors who bring food.

• You must ask the foreman’s permission to use any company materials and pay for any major materials.

• You cannot use company floor space to store personal works in progress.

• You clean up your tracks. Ideally, the process should be invisible. Show your appreciation with a gift, such as putting a six-pack of soda in the lunchroom fridge —not by talk.

This kind of program provides the fastest, most-effective way I know of to gain important skills. I support such a program in the shop I manage, and it’s had excellent results. It also delivers a positive message from the company to its employees, supporting them by trust and helpful action. The company invests in the materials and machinery along with space, and the workers/students invest their time. While the workers gain skills, the company gains skilled workers, versatility, loyalty and dedication. What more could you ask for in a fair trade?

Of course, learning can be done in a classroom using books and written tests. But the true measure is doing the work. “They passed the written test but they can’t find the start switch” is the all-too-common result of book learning. How many drivers’ licenses are issued to those who pass a written test but are woefully lacking in driving skills? I see the results of that method every day on the highway.

You really have to push the pedals and get dirty to learn metalworking. You can’t learn skydiving or how to pull 9g in a fighter plane without getting off the ground.

Another example of this concept shows up clearly in a hiring situation. Suppose you have a choice between two candidates: One who had experience and time in a shop doing practical operations and another who had taken a class and passed a test but had not worked in a shop. Which candidate would you favor? CTE

About the Author: Tom Lipton is a career metalworker who has worked at various job shops that produce parts for the consumer product development, laboratory equipment, medical services and custom machinery design industries. He has received six U.S. patents and lives in Alamo, Calif. Lipton’s column is adapted from information in his book “Metalworking Sink or Swim: Tips and Tricks for Machinists, Welders, and Fabricators,” published by Industrial Press Inc., New York. The publisher can be reached by calling (888) 528-7852 or visiting www.industrialpress.com. By indicating the code CTE-2010 when ordering, CTE readers will receive a 20 percent discount off the book’s list price of $44.95.