Only someone hiding under a rock for the past year or so wouldn’t know that the United States has an unusually tight labor market, with unemployment rates for April reaching record lows in 17 states, according to Labor Department data tracing back to 1976. Two states, Nebraska and Utah, tied for the lowest rate at a mere 1.9%. That is a recipe for rising wages as companies do their best to retain workers and attract new ones, and that is certainly the case for the machining sector as shown by the results of Cutting Tool Engineering’s biennial Benefits and Salary Survey for 2022.

All positions, from manual machinist to corporate management, saw significant salary increases. Like the prior 11 surveys, corporate managers make the most money and had the largest percentage gain at 26.3% compared with the 2020 survey. The second-highest gain was 16.3% for tool and die makers. Plant managers and manual machinists tied for third at a 14.8% gain. As a result, plant managers posted a six-figure compensation on average for the first time. 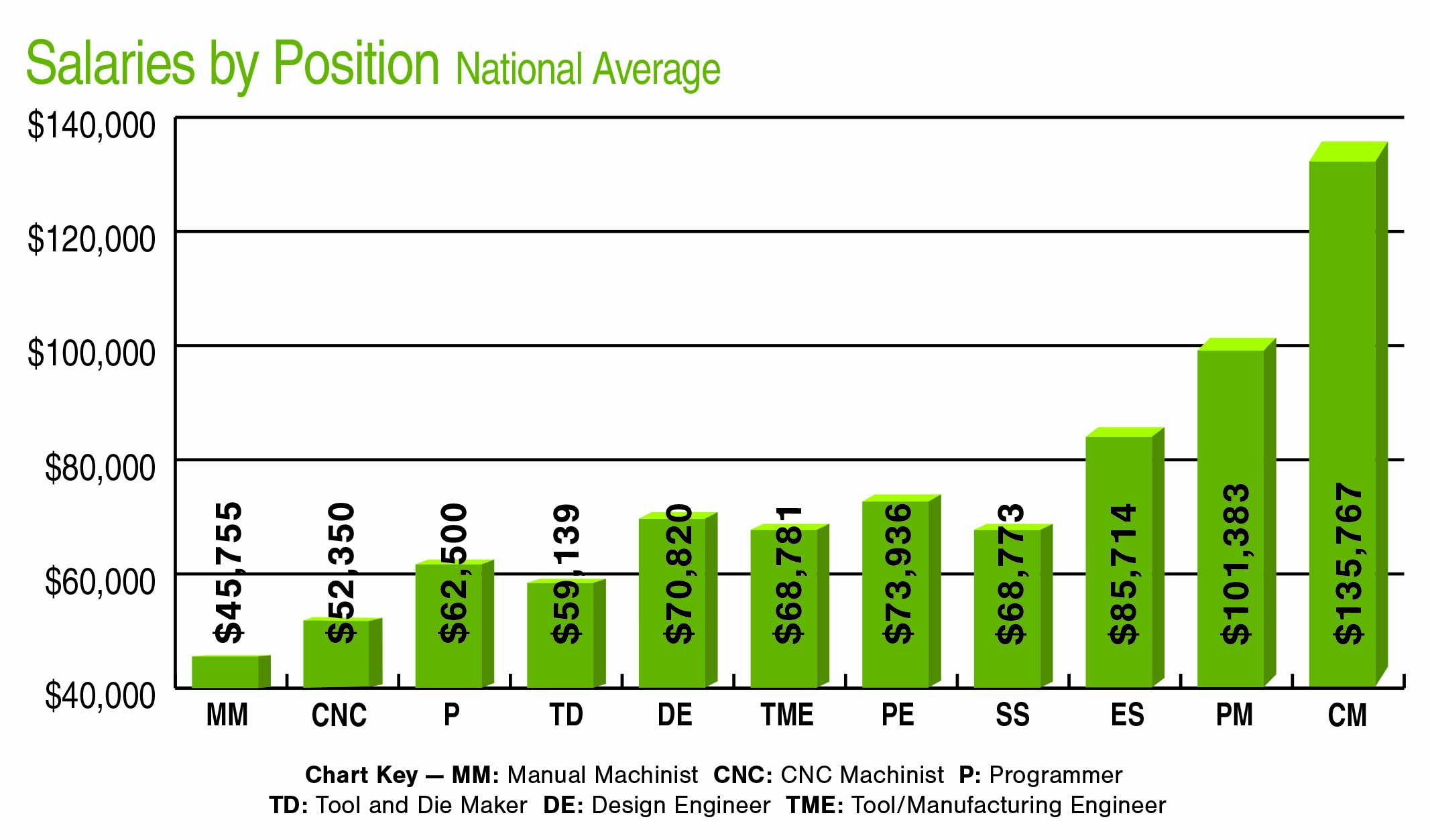 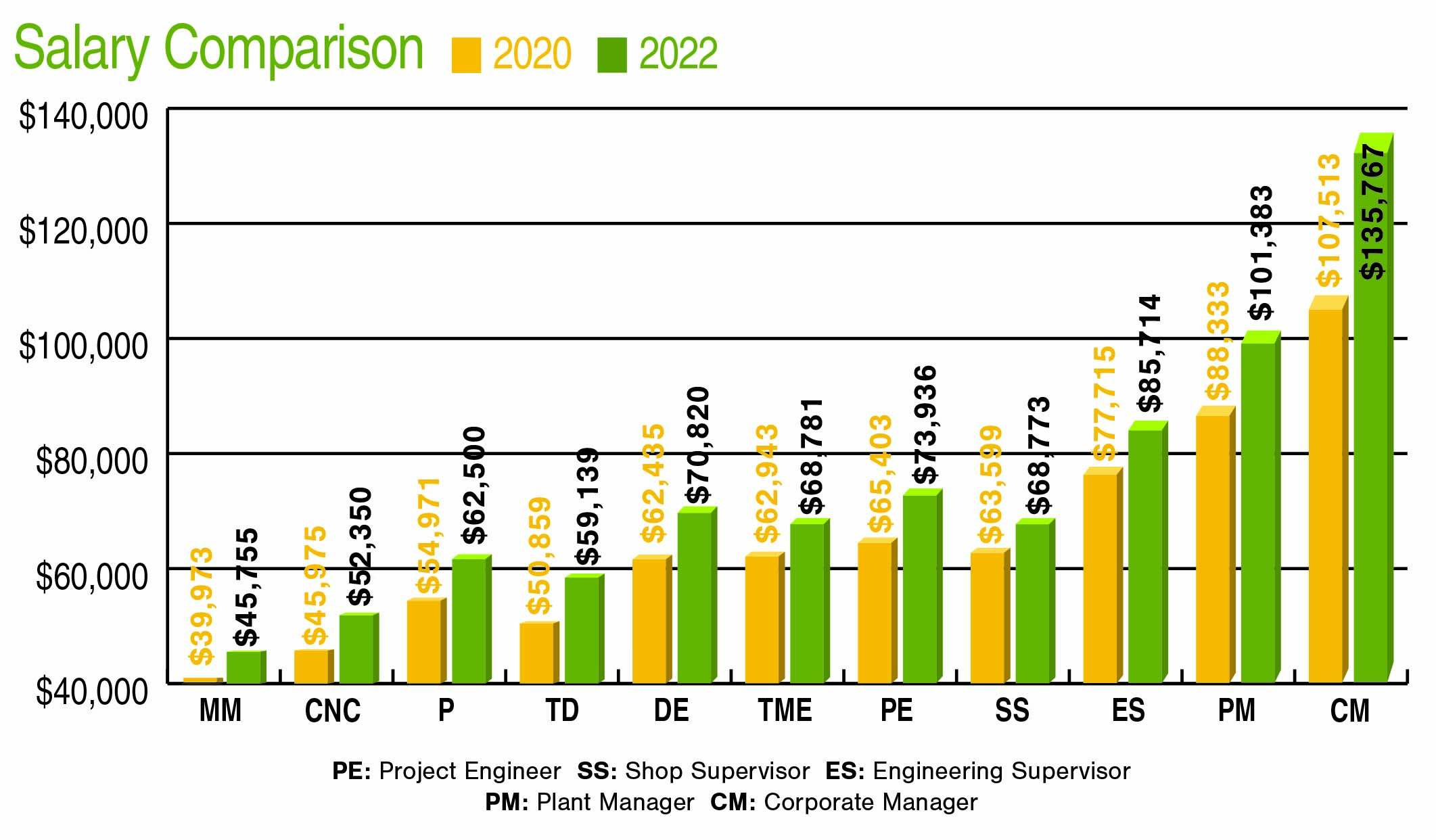 The vast majority (94%) of respondents indicated that their companies offer benefits, but the change in benefits offered from the previous survey was a mixed bag, with only across-the-board gains for dental plans. Nine out of 11 positions saw increases in retirement plans, with only CNC machinists (-5%) and corporate managers (-1%) experiencing a reduction. In addition, six positions saw an increase in company-provided health plans, but 14% fewer CNC machinists received that benefit this year compared with 2020. Seven positions saw increases in being able to use a company vehicle, but only two positions, plant managers unchanged at 17% and corporate managers down 10% at 30%, topped 10%.

However, manufacturers cut profit sharing for six positions, with CNC machinists taking the biggest hit with a 13% reduction. Possibly because of manufacturers being too busy with keeping pace with production demands, almost all positions experienced a reduction in job training, with no position topping 50% any longer. Only engineering supervisors, with 39% still receiving job training, saw no change. Once again, CNC machinists saw the largest drop, going from 66% to 45%. 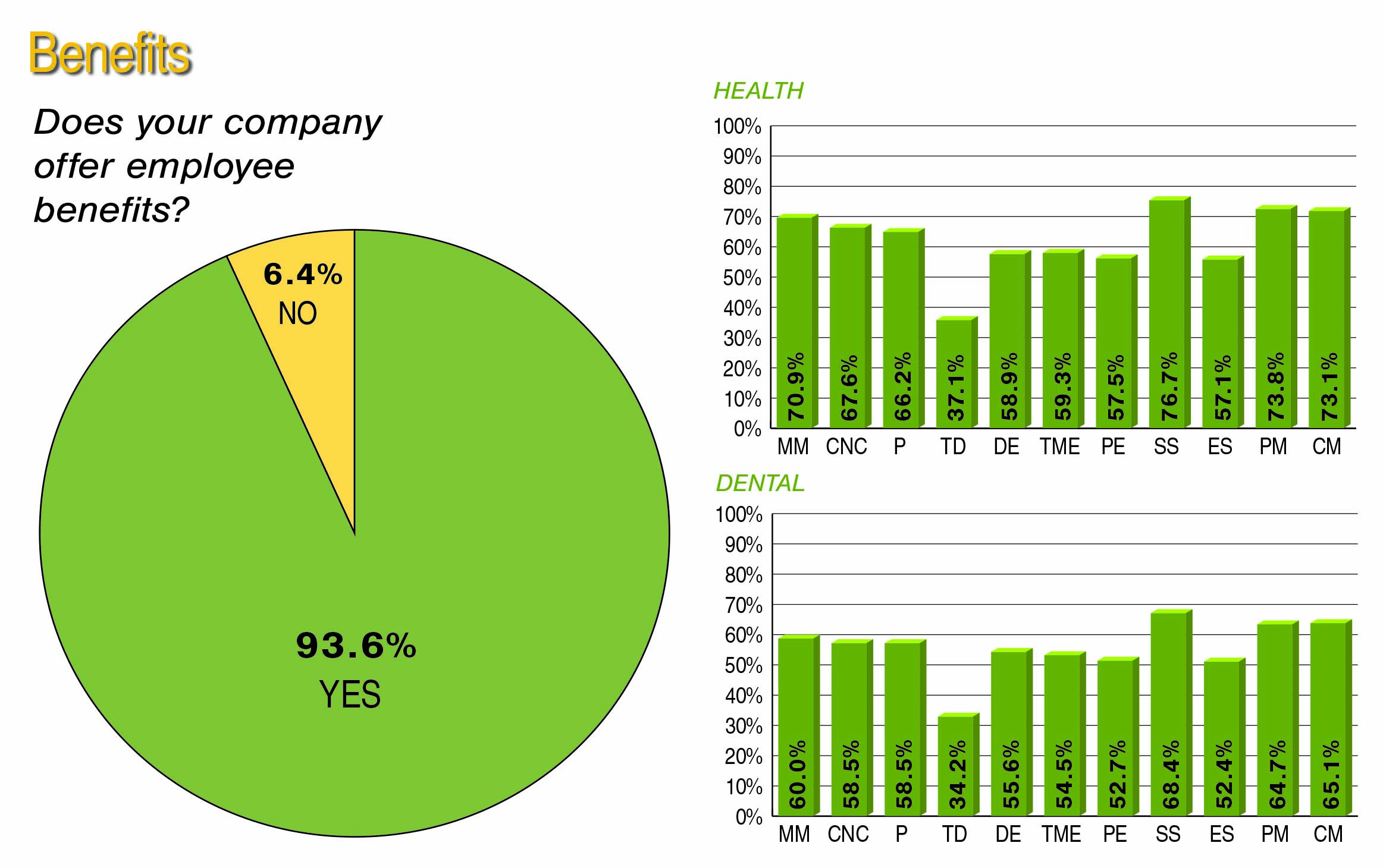 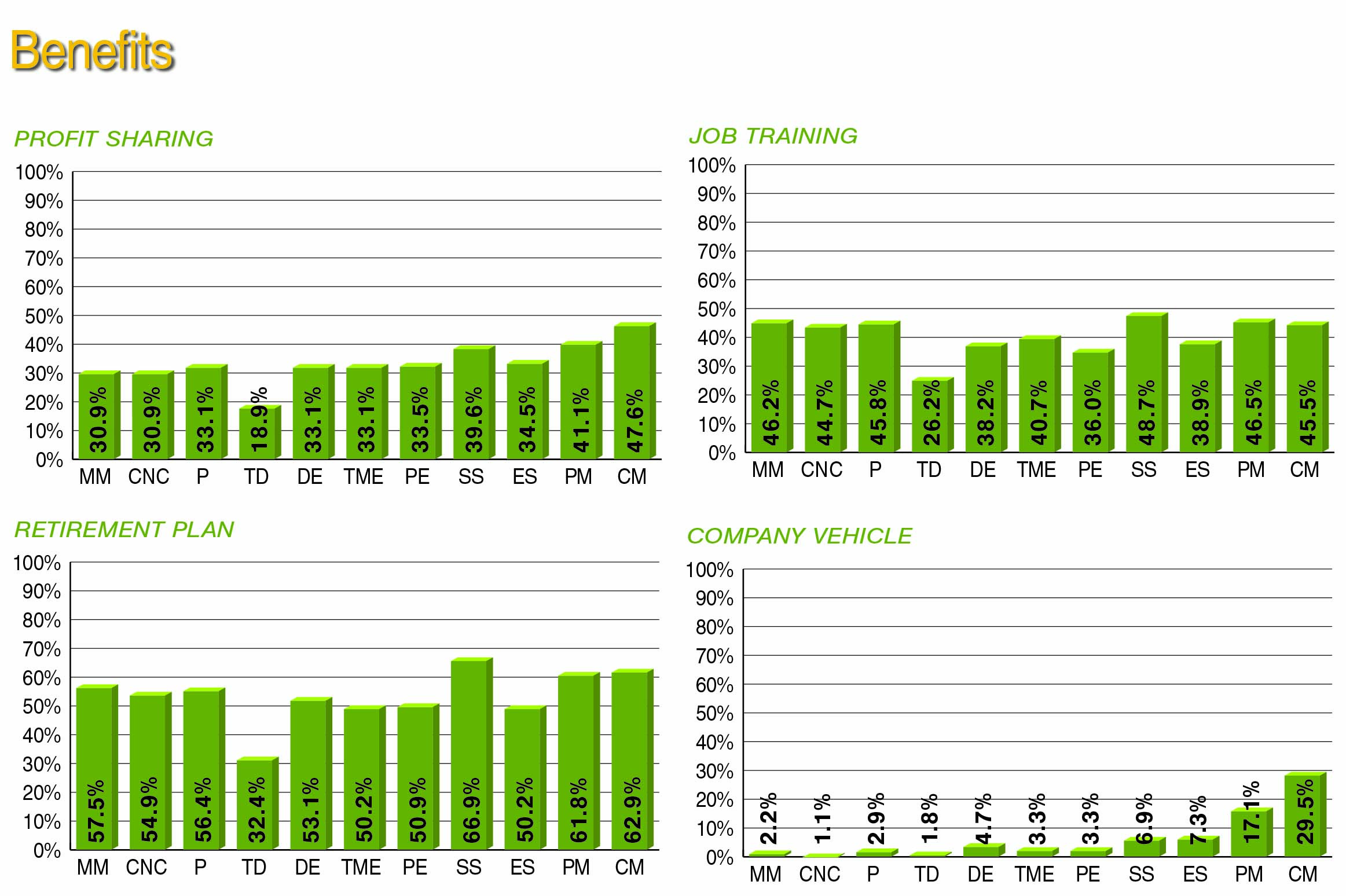 Regarding the type of manufacturers that responded to the survey, 38.6% are general manufacturers, 28.9% are machine/job shops, 8.5% are metalworking suppliers, 5.2% are tool, mold and die shops and 18.8% are other types, such as cutting tool manufacturers, machine tool builders, original equipment manufacturers and testing laboratories.

This year’s survey once again used a paid data collection option whereby SurveyMonkey conducted surveys using its own survey panels that targeted the manufacturing industry, as well as obtaining responses from CTE readers. Each response represents the salaries and benefits for all production positions at a company and not just for an individual. SurveyMonkey collected 117 responses, and CTE gathered 212, for a total of 329. 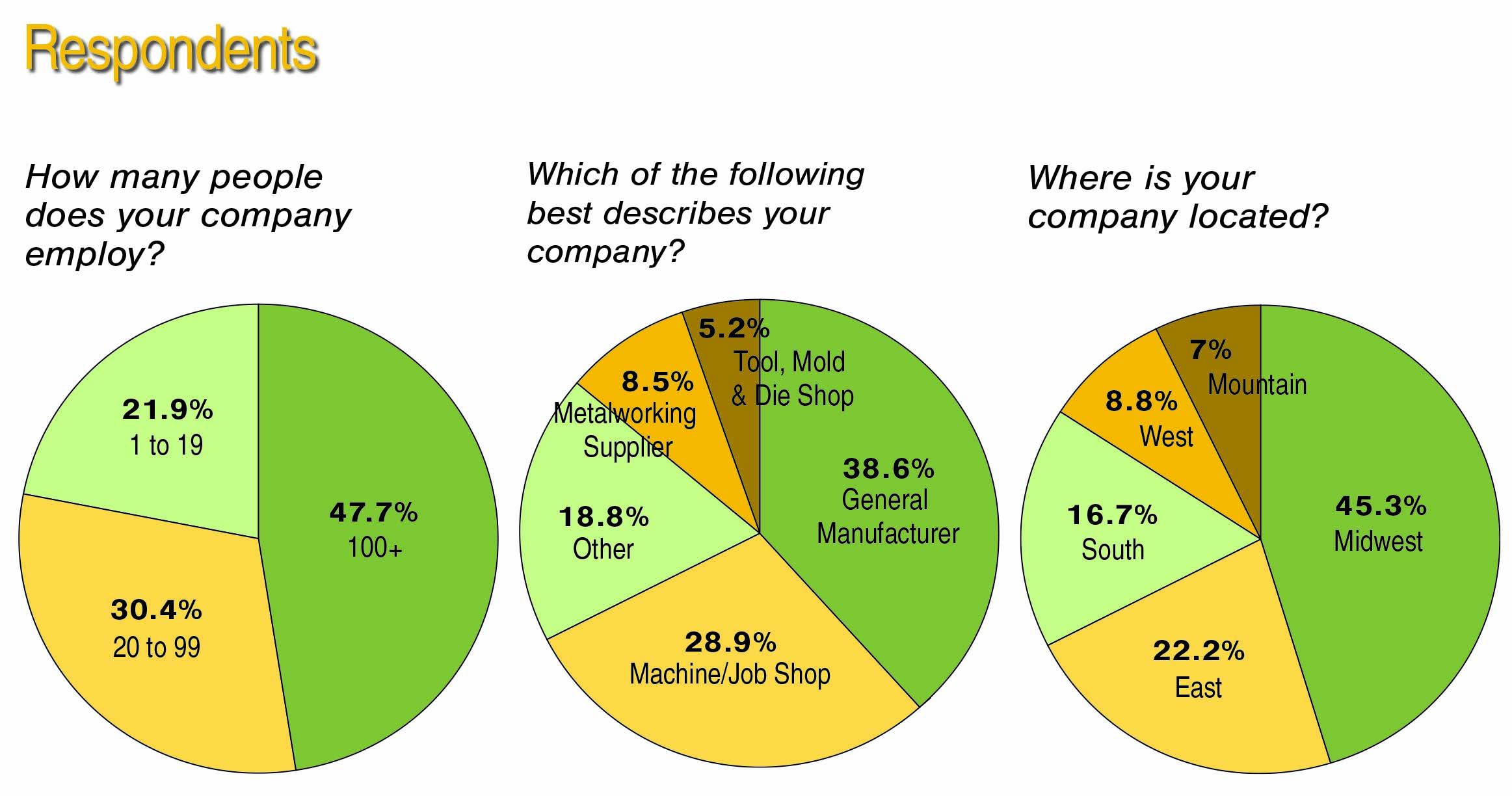 In addition, a second answer option asked the respondent if an employee in a specific position made less than a certain dollar amount, such as less than $20,000 a year for a CNC machinist. For this position and all the remaining positions, CTE used a dollar amount $10,000 below whatever was presented in each answer option so those responses could be included in the overall results.

The survey also included an “other” answer option in the salary questions for each position that allowed respondents to enter a specific amount. CTE then added the dollar amounts together and entered that amount in the total for each position. 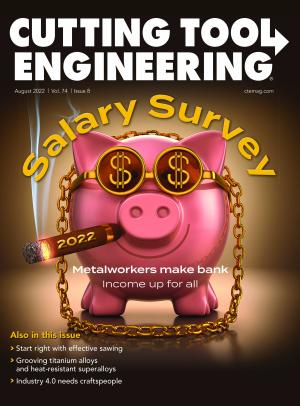