My first article about tool presetting appeared in Cutting Tool Engineering just over two decades ago. Call me Capt. Obvious, but it’s clear that a great deal has changed since then. Five-axis machining centers and multitask machines are now commonplace. And then there’s the big kahuna, industry 4.0, which is changing manufacturing as we know it.

What hasn’t changed is the desire to reduce setup times and avoid expensive crashes due to human error. Considering how quickly machine tools move, their high price tags and their ever-increasing complexity, reducing setup times and preventing crashes are more important than ever. One of the best ways to address these concerns and simultaneously bring much-needed order to the toolcrib is offline tool presetting.

Several industry experts have good news: Compared with the pre-Y2K period, a huge number of shops have adopted presetting strategies. The bad news is that a lot of shops still haven’t, preferring instead to waste time and increase risk by using CNC machine tools as overpriced presetters. 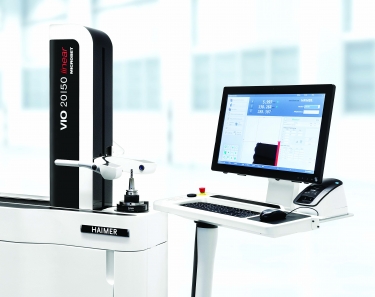 Andrew Esposito, sales manager at East Windsor, Connecticut-based Koma Precision Inc., said after eight years of representing the Elbo Controlli line of tool presetters, his team developed a Koma Precision-branded system based on the company’s extensive presetting knowledge. The Prime system was made to Koma Precision’s specifications by a company in Italy and designed as an entry-level noncontact unit for the U.S. marketplace.

Koma Precision offers several other presetter models as well. Features such as autofocus, label printing, network capability and advanced software capabilities are available. Each feature and tier drives up the price point, leading many shops to wonder which system is right for them.

“I would suggest that any presetter is better than no presetter at all,” Esposito said. “So start with whatever you can afford, and work up from there. That’s the beauty of the Prime, in that it’s quite affordable and easy to use.”

That is good advice, but he’s not the only person to imply that many shops new to presetting tend to underbuy on their first machines before purchas-ing one with greater capabilities once they see the many benefits. That’s OK because a starter machine often is relegated to the shop floor where it can be used for quick measurements after tools break, for instance.

A return on investment calculation is in order for any equipment purchase, and tool presetters are no different. There’s no need to do math in this case, though—the websites of Koma Precision and other suppliers provide ROI calculators that can prove quickly that even a small shop doing a handful of setups each day frequently recoups investment in months.

“You’re always met with some skepticism early on in the sales process,” Esposito said. “But once you walk someone through it—even using very conservative values—it’s easy to show that payback is quite fast.”

What’s not illustrated by these calculators, however, is risk avoidance. Eliminating just one crash due to a fat-fingered tool offset is easily enough to pay for most presetting systems. He said this is why it’s important to opt for the automatic upload feature on any presetter purchase.

“It doesn’t add much to the price,” he said. “But it can sure help avoid having a bad day.”

Matt Brothers, industry 4.0 technology center manager at Zoller Inc., Ann Arbor, Michigan, also wants to change the minds of shops slow to arrive to the presetting party. He agrees on the need to start with whatever systems they can afford but is quick to point out some of the less obvious benefits of a tool presetter, such as more effective tool management, simplified programming and reduction of labor costs.

“By implementing a tool management system as part of or soon after a presetter installation, shops are suddenly able to centralize all of their tool-related data into a single database,” he said. “The software can talk to the machine tools, collecting real-time information on tool life, what jobs those tools are used on, their location within the facility and so on. It can share tool lengths and diameters, cutter geometries and assembly dimensions with the CAM system. For those shops with a (quality management system), tool inspection data can be collected from the presetter and used as part of the receiving process. There’s much more to it than tool presetting, even though that remains a very important piece of the overall strategy.”

If you wanted only a simple presetter to cut setup times without having all this other stuff thrown at you, don’t despair. Continuous improvement is a journey, and offline tool presetting is but the first step. You might need a little aid taking it, however. Unless a shop has a software developer on staff, establishing communication with the shop’s various systems means working with a presetter supplier to leverage those systems’ application programming interfaces to get them talking to one another. 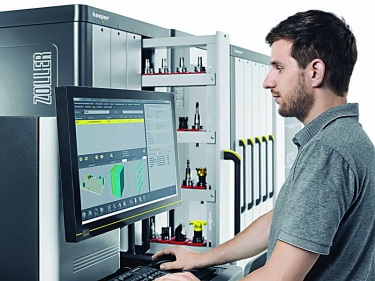 This isn’t as difficult as it might sound. Brothers said Zoller already has done so with most commercial CAM and enterprise resource planning systems and has a software development team ready to write whatever interface is required. This team helped develop the company’s »pilot« software version 1.17, which he said includes the ability to handle large datasets—needed for some of the aforementioned functionality—along with enhanced management of 3D tool models.

Zoller developers and engineers also created »cora«, short for collaborative robotic assistant, which is displayed at the showroom in Ann Arbor. He said »cora« is a self-contained tool measurement system. It picks, cleans, assembles, clamps, measures and stores tools and tool assemblies, then automatically places them into a tool cart for dispatch to the shop floor.

If you still struggle with the basics of tool presetting, you may not feel ready for an automated toolcrib. But know that this level of industry 4.0 wizardry is used by shops every day, and they all started somewhere.

Brendt Holden, president of Haimer USA LLC, Villa Park, Illinois, agreed that a great deal of low-hanging fruit exists throughout the manufacturing industry, with tool presetting among the most profitable to pick. This is especially true for the shops most reluctant to jump on board.

“Everywhere we go,” he said, “we hear people say, ‘Well, we’re a small job shop. We don’t need a tool presetter.’ But in my mind, they’re the ones that need it the most. They’re doing lots of different part numbers in smaller production runs and probably feeling the unskilled labor pinch the most. Yes, larger shops definitely need a presetting solution also, but it’s often the small ones that will see the most benefits.” 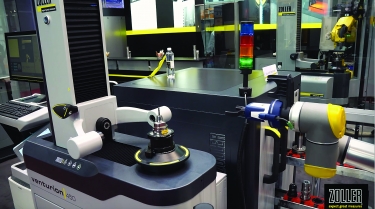 That last benefit might be a head-scratcher for some people, but offline presetting actually can extend tool life. Because optical presetters rotate a toolholder during the measurement process—for drills and milling cutters at least—the operator immediately can see any tool runout. As almost all machinists know, runout is a tool killer. Presetters give an opportunity to eliminate this undesirable development outside the machine while it’s busy making parts.

And don’t forget the other possibilities of an offline strategy. Holden said presetting opens the door to radio-frequency identification tagging of toolholders or to using Haimer’s new HQR-Connect QR coding system, both of which help ensure that the toolholder always ends up in the correct pocket.

Taking tool setting offline also makes shrink-fit toolholders easier to implement. And because some tool presetters also incorporate toolholder balancing, which most experts agree should be done for any tool rotating at 8,000 rpm or higher, tool life and spindle wear and tear are less of a concern. 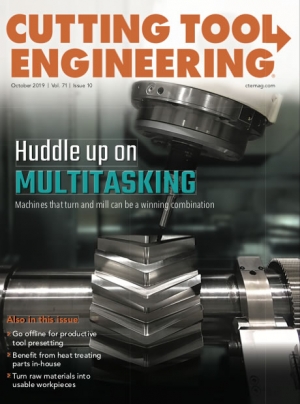