Equipped with the latest metal 3D printing technologies, companies are free to come up with complex component designs that would be difficult if not impossible to produce with conventional manufacturing options. But businesses engaged in metal additive manufacturing must meet stringent quality control requirements to satisfy demanding customers, such as those in the medical and aerospace industries.

One thing that makes this hard is the relative newness of 3D printing compared with long-established production techniques.

“People have not come to fully trust metal additive (manufacturing) as a solution in some of the more critical applications,” said Zach Murphree, vice president of global sales and business development at Campbell, California-based Velo3D Inc., a metal 3D printing technology company.

For that reason, he said, users of metal additive manufacturing systems often perform 100% inspection of critical components, which is expensive because it involves full nondestructive testing of every part.

“I think that’s different from more traditional manufacturing technologies because there’s a longer history with those technologies and more established knowledge of what to expect,” Murphree said. “If you have established confidence intervals for parts and very tight repeatability on mechanical and dimensional properties, you can start to pare back inspection because your confidence is higher in what you’re getting.”

He believes that the main quality control issue for metal additive manufacturers is repeatability, the ability to deliver parts that meet customer requirements over and over. 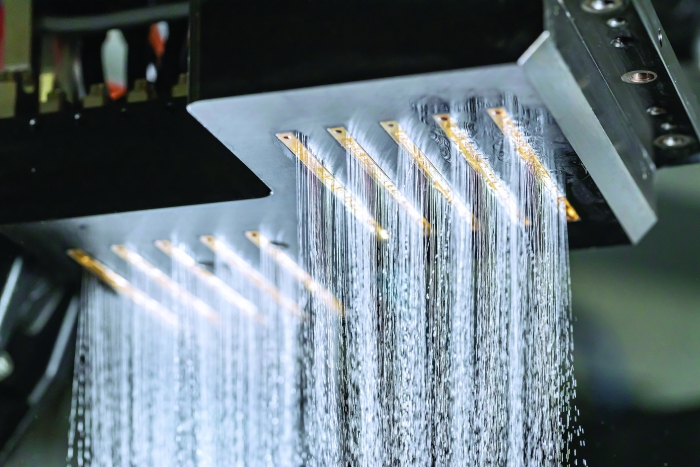 “I think it’s more challenging for this type of technology because it is so many different aspects of manufacturing smashed into one box,” Murphree said. “Normally, these are all broken out into separate steps that can all have their own QA/QC associated with them.”

With processes like the laser powder-bed fusion, or LPBF, used by Velo3D, however, “you stick powder in one side of the machine and get parts out of the other end of the machine,” he said. “So (you have to) make sure that all the things that are happening within the machine are happening consistently and repeatably and at the level of quality that is required by the end use.”

“The dirty little secret about metal AM is that it requires lots of secondary processes to make end-use components,” he said, adding that Stratasys Direct Manufacturing actually has more floor space dedicated to secondary process equipment, including heat treatment and CNC machines, than to AM equipment.

Sometimes, early discussions with customers result in the loosening of tolerance requirements for additively manufactured metal parts. During such talks, Carter said, Stratasys Direct Manufacturing asks customers if certain features are necessary for a component to function — and if so, whether the tolerances really need to be as tight as those specified. While O-ring grooves and mating elements require CNC machining, features like flow paths may allow looser tolerances, he said.

Compared with machining, additive manufacturing of metal components poses different challenges for quality control. In some cases, these stem from the fact that metal AM employs powders, potentially resulting in porosity in the end product, said Rick Lucas, chief technology officer at North Huntingdon, Pennsylvania-based The ExOne Co., which offers industrial metal 3D printing systems and services. In addition, he said there isn’t as much historical information about the powders used in metal AM as there is about machined metals.

From the standpoint of AM quality control, he believes that stainless steels are currently the easiest metals to use in 3D printing processes. He points out that stainless steels are the most sought-after AM metals and widely used in binder jetting — the AM process employed by ExOne’s machines — as well as used often in popular processes, such as LPBF and electron beam melting. For these reasons, he said more quality-related AM standards work has been done on stainless steels than on any other metals. 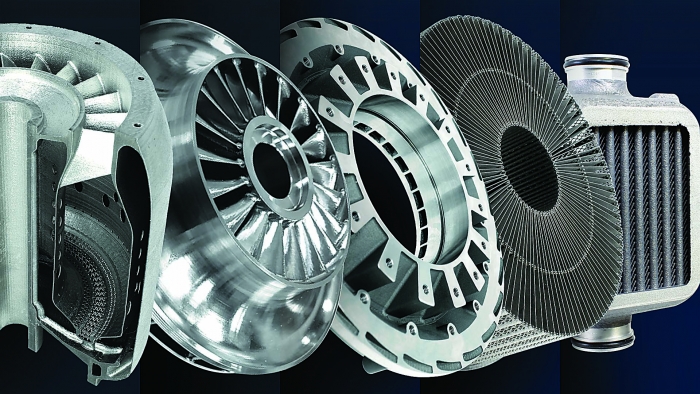 These metal industrial components were 3D-printed with a Velo3D laser powder-bed fusion system. From left to right is a cross section of a small engine, a supercritical CO2 impeller, a microturbine component and two types of heat exchangers. Each part was manufactured additively as a single piece. Image courtesy of Velo3D

Another popular AM metal is Inconel 718, which Murphree said is “relatively well behaved” in 3D printing processes. Inconel 718 is also well understood at this point because it is used widely in AM applications, he said.

On the other hand, he points out that subtleties in the manufacturing process can make other well-known materials difficult for additive manufacturers to work with. For example, he said microstructures can form in the processing of Ti64 that significantly increase the brittleness of parts. In addition, post-processing of aluminum AM parts can increase porosity to the point at which the parts are no good, he said.

Carter, however, singles out AlSi10Mg as one of the materials that is easier to process, quicker to build and more dimensionally stable in the LPBF process that his company focuses on. In general, he said the materials that are easiest to process to meet quality requirements are those that the additive manufacturer and the customer are most knowledgeable about.

“Customers need to have confidence that the AM process can produce the material properties they require, and we need to provide evidence that we can comply,” he said. “So regardless of how easy they are to print, if we have a history with (certain) materials, those are the quickest that we can put into production and measure against quality control requirements.”

At Stratasys Direct Manufacturing, Carter said these materials include Inconel 718 and 625, as well as cobalt chrome.

As for the QC requirements that metal additive manufacturers must meet, Lucas points out that some standards that apply to parts made with conventional manufacturing techniques can be applied to AM parts. For example, standards for testing the compressive or tensile strength of metal parts made by conventional means also can be applied to 3D-printed parts. In addition, he said since ExOne’s binder jetting process is like metal injection molding, MIM standards published by the Metal Powder Industries Federation may be applied to that.

“We use a lot of MPIF standards because binder jetting is so similar to conventional powder metallurgy,” he said.

Although standards for the major metal AM processes were lacking in the past, much work recently has been done in this area by organizations, such as ASTM International and SAE International, which publishes the widely followed Aerospace Material Specifications, or AMS.

“A lot of standard committees are in the process of final release of specs or have just released them in the last one to two years,” Murphree said. “In the U.S., we tend to see AMS and ASTM specs. ASTM F42 is an additive-focused committee, and they have produced quite a few different standards on all aspects of additive, (including) the process, different industries and uses, and metrology. It’s getting to be very comprehensive.” 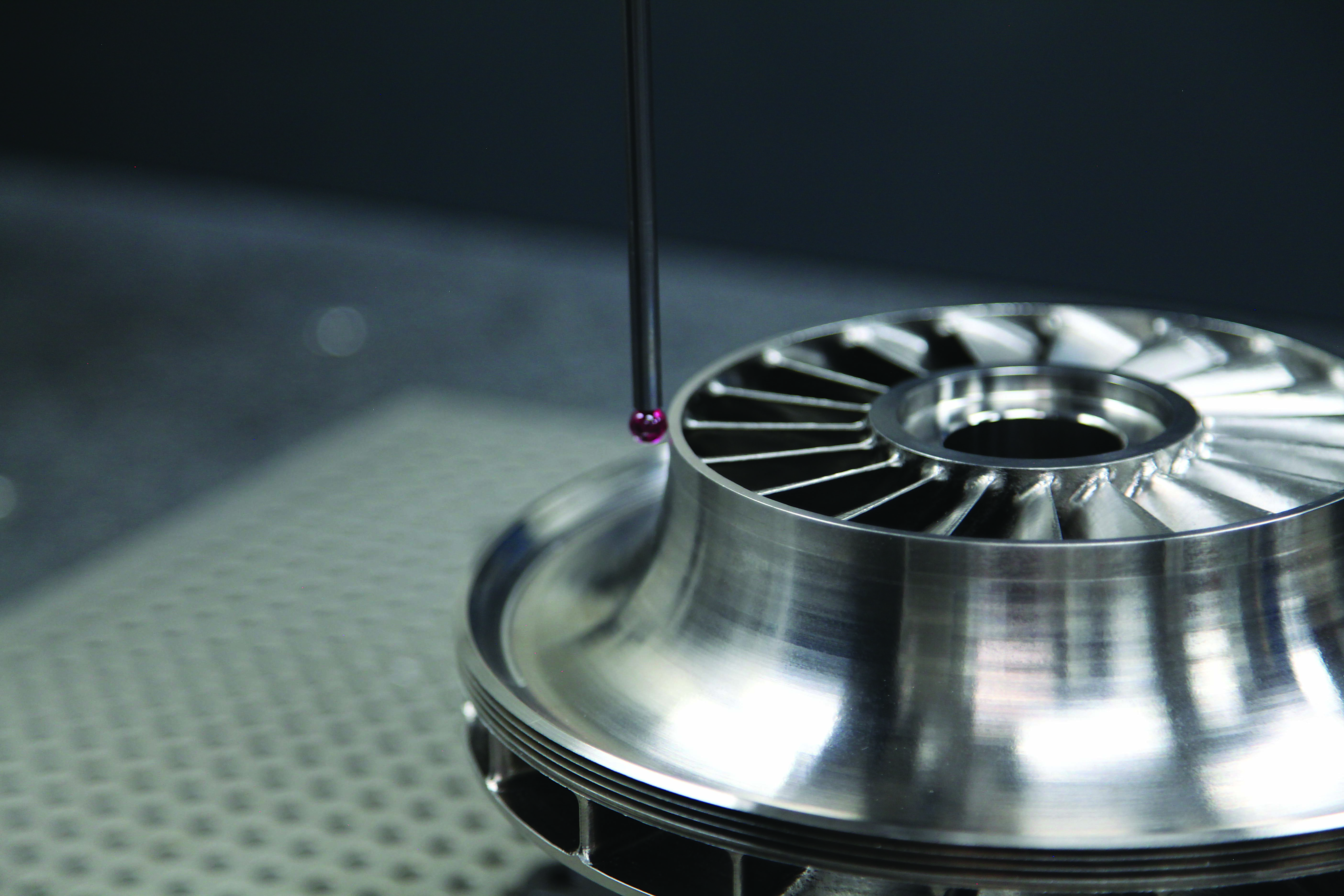 At this point, Murphree believes that LPBF technology is the most mature metal AM process when it comes to adherence to QC requirements and standards. The reason, he said, is that LPBF has the longest history and is the most widely adopted metal AM technology, especially for production.

No matter what applicable standards exist for a particular type of metal AM, manufacturers have to abide only by those that a customer imposes, Carter said, adding that he’s seeing “a slight shift” toward referencing industry standards on engineering drawings submitted by customers. Standards committees, however, “have been relatively slow to publish standards compared to some companies that have rushed to adopt additive,” he said. “Those companies have issued proprietary standards that we have been provided with and adhere to. As it stands now, we see more requirements coming from customer-issued documents. And even as the committees publish standards, the more mature companies still reference their own standards because of all the money and time they’ve put into developing those.”

Another reason some companies prefer their own standards is that there’s more data behind them than current industry standards for metal AM. Murphree points out that there is nothing in the metal AM industry like the Metallic Materials Properties Development and Standardization, which is essentially the aerospace design-allowables handbook.

The MMPDS database “has confidence intervals set from hundreds of thousands of samples of mechanical properties,” he said. “So you know that if somebody is producing material per MMPDS standards, you’ll get a certain properties set.”

At present, however, Murphree said there is no comparable database or source of design allowables for any additive process — at least none that is available to the general public.

“A lot of big aerospace companies have set out to establish their own design allowables, but it costs tens of millions of dollars,” he said, adding that Velo3D is working on MMPDS-listed design allowables for its LPBF process. “Then they don’t feel like sharing, which is understandable but not helpful to the industry.”

Although binder jetting lags behind both LPBF and electron beam melting in terms of standards, “we’re being very aggressive (about) getting similar standards implemented,” Lucas said.

He said machine manufacturers are working with industry organizations and customers to develop standards for the process. These could cover printing parameters, such as droplet size, layer height, spreading speed and bed temperature, as well as details of the sintering step that follows printing.

While Lucas welcomes the push to develop binder jetting standards, he hopes they don’t become overly burdensome by expanding into extraneous areas that don’t affect the quality of parts.

“We’re working on controlling the right parameters,” he said. 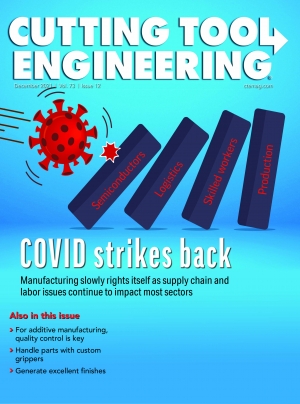