CTE’s “CNC Chef,” Bob Warfield, polled the readers of his CNCCookbook blog in September on what they like and dislike about their CNCs.

On the dislike side, he reported that those surveyed mentioned these shortcomings:

CNC Engineering Manager Paul Webster of FANUC America Corp., Rochester Hills, Mich., sympathizes. All the capabilities longed for by survey respondents are available in FANUC controls but not on every FANUC-controlled machine, he said.

“When we sell a control, we sell it to a machine tool builder. Machine tool models are differentiated based on performance and cost. Builders compete against each other and differentiate among their own lines on those bases,” he said.

Webster explained that machine tool builders look at a full menu of CNC options and choose the ones they want based on where they plan to position a given model in the marketplace.

“The machine comes with the control capabilities the builder expects that user will need. And they can’t necessarily foresee everything the end user is going to do with a given machine in the future,” he said.

What end users may not realize, however, is that if their machines lack certain features that are needed or wanted in the future, these features probably still can be added.

“If someone buys a lower-end machine but then finds that they need some capability that wasn’t standard,” Webster said, “they can usually have it added for a price—and not a high price for most features.”

He offered work offsets as an example: “You might get a machine in your shop that doesn’t have adequate work offsets for what you want to do,” Webster said, adding that FANUC offers expanded work offsets.

The company has an aftermarket support team that lets users know whether what they want is an installed option that just needs to be activated, is something that can be purchased and installed, or isn’t available for the control they have.

So if your machine tool is missing a needed CNC capability, you still might be able to get it and take control. 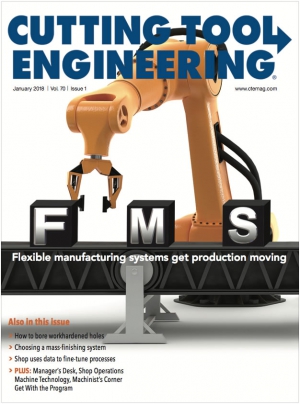