Manufacturers always seek ways to extend the lifetimes of their cutting tools while boosting productivity. A team of researchers at Linköping University (LiU) in Sweden is helping to do just that.

The team has focused on how tools degrade, specifically examining the materials used to coat metalcutting tools to make them harder. In particular, the team has researched TiAlN, a ceramic material widely deposited as a coating.

On one hand, the material is effective for coating because it becomes harder while in use. This age-hardening process works well up to about 700° C. However, degradation starts to occur when the temperature reaches 900° C, which can happen after a few minutes of cutting into an especially hard material.

“It’s one thing to know that the material degrades at those higher temperatures,” said Kostas Sarakinos, head of LiU’s Nanoscale Engineering Division. “It’s another thing to know why and the way by which it degrades during cutting. To fully understand that, we need to get down to the alloy’s atomic level.”

He and his colleagues have spent four years developing a theoretical model to explain the degradation, examining over three dozen structures and configurations of TiAlN to determine how the atoms interact in different conditions, including the high temperatures and pressures that prevail during machining.

Working with LiU’s supercomputer to process the enormous calculations involved, the researchers have been able to calculate numerous reference properties of the alloy structures, such as elastic responses and melting temperatures. These properties were then benchmarked against actual behaviors of the material. This success gave researchers confidence that their model can be used to perform reliable simulations at time and length scale in a way that has not been possible thus far and thereby project the TiAlN alloy’s physical behavior down to the atomic level.

“We can now examine changes at the atomic structure of the alloy by the picosecond,” Sarakinos said.

He said this level of detail will provide insight into thermally activated mechanisms, including the well-known spinodal decomposition, that affect the structure and stability of the alloy. This understanding will drive development of knowledge-based design rules toward a new generation of high-performance ceramic coatings.

While moving forward with the theoretical studies, the researchers hope that their results produce practical applications for manufacturers. For example, there are collaboration agreements between LiU’s researchers and Sweden-based toolmakers Sandvik AB and Seco Tools AB.

Ultimately, as the theoretical and applied research come together, the objective is to extend the life spans of tools while giving greater resilience to them. Such results would also lower manufacturing costs. The long-term goal is to not only delay degradation of coating materials but avoid it altogether. 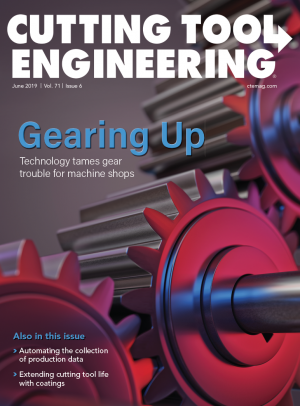