DFM for the Long Run 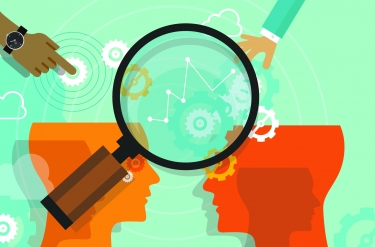 Companies assertive with continuous improvement will capture and document these lessons, using the knowledge as a foundation for improvement. The most efficient, aggressive manufacturers will use this knowledge to influence the design process by employing design-for-manufacturability concepts.

As suggested by the name, DFM is the practice of incorporating design elements that enhance manufacturability of a part or assembly with the goal of reducing the production cost.

As shops and factories gain manufacturing experience with a part or family of parts, manufacturing engineers, machinists and toolmakers can provide insights to the designers; many of these ideas significantly impact the cost and quality of parts.

Automotive manufacturers rely heavily on DFM to reduce manufacturing costs. I witnessed DFM at work by a power steering gear manufacturer where I was employed. A power steering gear assembly has several cast components. One is the main structure—the housing—which is cast from aluminum and machined to accept the other components. Older housing designs were well-suited for final assembly into the car and extremely cost-effective but difficult to hold, which made machining them a challenge. We would often have areas on a part that were not machined or were too thin because it was not properly located in the machining fixture; all such parts ended up in the scrap bin.

Eventually, the design team adopted the practice of including cast features made specifically to interface with machining fixtures on the line. Scrap from improperly loaded parts decreased to almost none. The housing design had been successfully modified to enhance manufacturability.

In other cases, we see parts produced based on DFM from an earlier time. However, they no longer conform to advances in manufacturing technology. Such was the case with a pump impeller that my family shop produced for a famous dishwasher manufacturer.

Casting was—and still is—the most effective way to get near-net-shape parts. In the past, more so than now, the need to cast parts was often driven by the inability of manufacturing processes to cost-effectively create required shapes. For example, pump impellers have a geometry that makes them difficult to manufacture on older equipment. Impellers frequently were cast to cost-effectively achieve the desired geometry.

At my family’s shop, we machined cast impellers for a customer who in turn sold them as replacement parts for older units. These impellers were made from a material that was difficult to pour, leaving the solidified part subject to high levels of porosity. Compounding the problem, the porosity could not be identified until machining was completed; most parts exhibiting porosity were scrapped. At one point, our scrap rate was 50 percent, which doubled the cost of the parts.

We resolved the issue by manufacturing the impeller from a piece of bar stock on a CNC machine. Although the part was more expensive than originally planned, we managed to eliminate scrap, which reduced the actual part cost to an acceptable level. In the end, the designers adopted a new casting technique and changed the material. These steps improved manufacturability of the castings. Some of the parts were purchased in small quantities, making the casting process prohibitively expensive. Designers opted to keep the bar version, omitting the need for a casting on small quantities.

When the impellers were first designed, casting was the only option for producing the shapes required. By the time we started making the replacement parts, manufacturing technology had passed the original design. DFM is vital throughout the lifespan of a product, not just during the development phase.

Imagine a family of parts that has the same or similar shapes, where only minor inputs are needed to create a program. Part drawings would be issued with the necessary inputs on the drawings. The programmer could then simply enter the information into a base program, and in a few keystrokes, a program would be created. This is a simple but powerful approach to manufacturing part families.

DFM concepts are part of a commonsense approach to manufacturing but often not made an integral part of company culture. Communication and common goals are the key to initiating a strong DFM culture. All groups in the organization must be motivated to communicate successes, failures and ideas that drive designs aimed at improving manufacturability.