Five-axis programming is difficult, requires an expensive CAM system and an even more-expensive programmer to sit in front of a computer all day cranking out complicated G code. Right?

According to Michael Cope, product technical specialist at machine tool builder Hurco North America, Indianapolis, 5-axis programming only becomes challenging when it is being done for 5-axis simultaneous machining, which comprises the minority of work done on these machines. “I’d say 90 percent of the market is driven by 3+2, or ‘five-sided,’ machining,” he said. “There are actually very few shops doing true 5-axis simultaneous.” 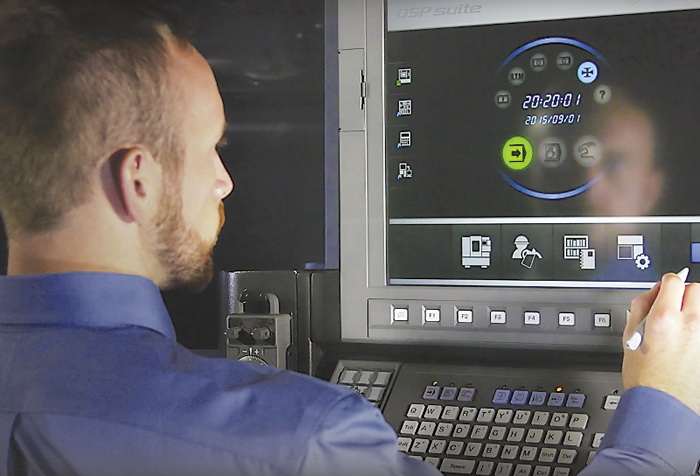 For those engaged in 3+2 machining, conversational programming is an easy and effective alternative to CAM, Cope said, and is popular with shops doing high-mix, low-volume work. “Job shops, tool and die, prototyping—anyone doing 10 of this, five of that—these are our biggest customers.”

But what is conversational programming, and how does it assist with five-sided machining? As its name implies, conversational allows an operator to answer a series of questions about a workpiece and the desired machining operations, then have the control generate the program in the background. This can be anything from entering the coordinates for a series of drilled holes up to describing the shape of an intricate swept surface or connecting a series of lines and arcs to machine a randomly shaped pocket.

“Virtually any 2½-axis work, also known as 2.5D [simultaneous X- and Y-axis movement with Z-axis positioning] can be programmed conversationally on Hurco’s WinMax control,” Cope said. “It’s also possible to perform more complex 3D programming functions, such as revolving a 2D shape around the X- or Z-axis, translating it in the Y-axis or sweeping it along another 2D shape. This is especially useful for corner rounding or cutting tapered walls without the need for CAM software or specially ground tools.”

According to Cope, Hurco’s WinMax allows conversationally programmed features—and even 3-axis NC programs created with the use of its NC Merge feature—to be applied to any side of the workpiece, whether it’s rotated 45°, 90° or any angle in between. 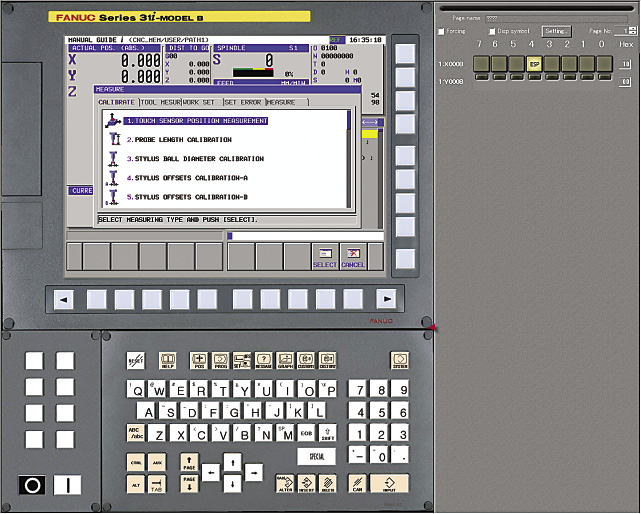 The Advanced One-Touch (AOT) programming system from Okuma America Corp. also has these capabilities. It supports rotation of the work coordinate plane to wherever it’s needed. “We provide a series of menus to walk a user through the process,” said Brad Klippstein, the Charlotte, N.C., machine builder’s controls product specialist. “Maybe you want to use an angular command to mirror a part feature on four sides of the workpiece or use a vector transformation to machine at a compound angle. Either way, it’s pretty simple.”

Klippstein agreed that simultaneous 5-axis programming remains firmly in the CAM office, but many shops with conversational machine controls take a hybrid approach, using CAM software to create complex subroutines that can then be married to a conversationally generated skeleton.

These programs can often be constructed in the background while the machine is making parts. Okuma also offers editing of live programs and an import function for DXF files, which can then be programmed conversationally. “Even with those shops that have a CAM system, AOT provides distinct advantages,” Klippstein said. “For example, you might need to make some simple changes to a program or a rush job comes along and the CAM folks are busy. Conversational lets you draw parts at the machine, generate a program, apply that program to multiple sides of the workpiece and do so with minimal programming experience.” 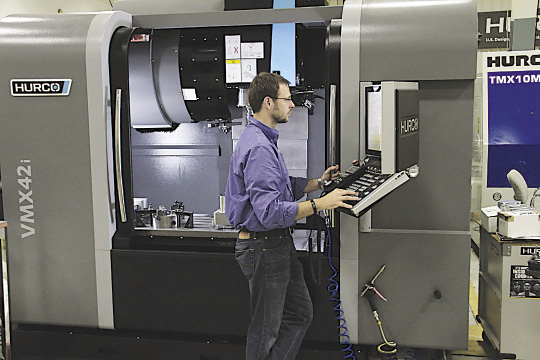 He added that AOT displays the actual cutting times, so shops can use it as a quoting tool.

Another feature commonly found on conversational controls is toolpath simulation. Because it gives operators a 3D view of the tools and workpiece, there shouldn’t be any surprises when the cycle-start button is pushed for the first time.

AOT is not specific to 5-axis machine tools. Klippstein said it’s also a popular option for CNC lathes and 3-axis mills. Okuma is not alone in this respect.

FANUC America Corp., Hoffman Estates, Ill., has its own conversational programming platform, Manual Guide i, that is available on a variety of machine brands and types.

“Anyone who remembers the FANUC version of the first NC programming language APT (automatically programmed tool) from the early ’80s would recognize Manual Guide i,” said Jody Michaels, the company’s national sales director. “It evolved from the same platform, except it is far more powerful today and supports a wide range of 3+2 conversational programming tasks.”

These tasks include free-form toolpath generation, cylindrical surface machining, arbitrary figure contouring and pocketing routines. Unlike some conversational controls, Manual Guide i generates a G-code program that can be saved for future use on the same machine or other machines.

Michaels said there are too many variables involved with programming simultaneous 5-axis machining for any control builder to attempt it conversationally, but 3+2 is easily accomplished. “On the other hand, Manual Guide i
supports programming of 3-axis XYZ movement, together with A- and B-axis positioning moves, making it fairly easy to work on different sides of the workpiece. This is a big advantage to job shops, for example, which are always looking to reduce the number of operations needed to complete a part.”

Michaels noted one capability available in Manual Guide i that wasn’t even dreamed of in the original APT control: spindle probing. This is an option that not only assists with 5-axis machine tool setup and alignment, but often eliminates having to remove parts from the machine to measure them.

“A lot of shops will rough their parts on a less-expensive machine tool and then finish them on a 5-axis machining center,” he said. “Probing removes the headache with finding those parts once they’ve been mounted in the machine. It also automates much of the workpiece coordinate setting, preventing mistakes.”

Other Side of the Coin

Open Mind Applications Engineer Alan Zielinski said conversational has its place in some 3+2 shops, but questioned its abilities with respect to toolpath simulation and collision avoidance. “Conversational is fine for simple work, but it’s limited in terms of geometry creation, controlling tool vectors and avoiding gouging or tool interference on deep part features,” he said, “or when the workpiece is tipped up at an extreme angle.” 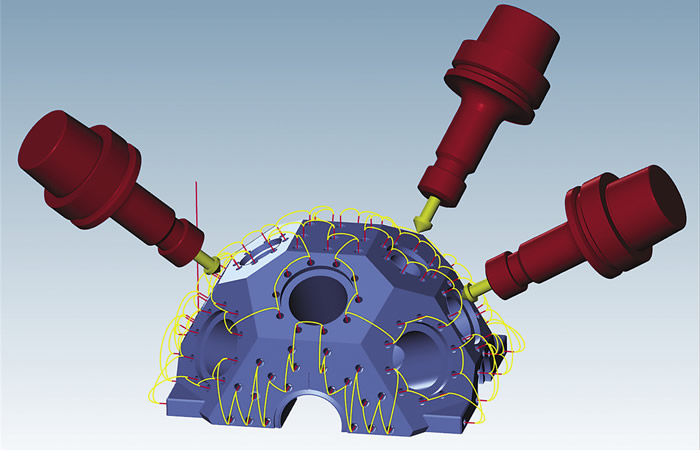 Zielinski is also concerned about the level of control available with conversational. Automatic programming systems are great for novices, he said, but the toolpaths and rapid motions are often not efficient, leading to less-than-optimal tool life and cycle time.

“I can make the same statement about some CAM systems,” Zielinski said. “The people who write the software try to come up with the best toolpath possible, but it might not be what you want. That’s when you need the ability to go in there and adjust what the tool is doing or change the machining approach, a limitation that becomes increasingly apparent as workpieces become more complex. For me, a good CAM system is hard to beat.”

Even if your shop doesn’t cut the sculpted surfaces found on hip implants, turbine blades and other complex 3D components, there are plenty of reasons to embrace 5-axis machining. It reduces part handling, speeds throughput, improves part accuracy and simplifies fixturing. These are just a few of the reasons why 5-axis machines have become mainstays on shop floors everywhere.

Five-axis machining is especially beneficial for shops engaged in prototyping and low-volume production, where the ability to machine five sides of a part in a single setup often makes a big improvement to the bottom line.