Contrary to the history lessons from middle school about “the” Industrial Revolution, it is a widely held belief that the modern world has experienced three industrial revolutions. In the first, industry harnessed the power of steam and water. Mass production, reliable electrical power and division of labor drove the second revolution. Electronics and the computer defined the third.

Researchers, backed by several governments and significant industrial partners, believe cyber-physical systems (CPS) will be the cornerstone of the fourth industrial revolution, which has been called “Industry 4.0.” According to the National Science Foundation, CPS are engineered systems built from, and dependent upon, the seamless integration of computational algorithms and physical components.

Networking of these devices is expected to give rise to the Industrial Internet of Things (IIoT). We typically associate the internet with computers, but the proliferation of devices capable of interconnecting has created an internet of many other devices.

Current technology allows reliable collection and sharing of data among devices and machines, which, combined with logical processing, could give rise to smarter, more-autonomous machines for production. 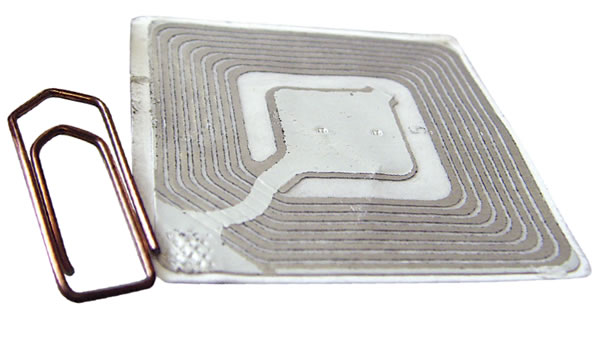 Siemens AG developed a scenario depicting how CPS could influence manufacturing in the future. Today, a typical shampoo factory makes a batch of shampoo having a specific fragrance, then fill tens of thousands of bottles with it. Afterwards, the factory will reset the line, produce a batch of shampoo with a different fragrance and begin bottling it.

In the Siemens model, a customer would place an online order for shampoo with a specific fragrance. The order information would be saved on an RFID (radio frequency identification) chip on the bottle. As the bottle moved through the factory, the chip would interact with the smart machines controlling the fragrance and other ingredients, label and any other product-specific features for that particular shampoo. (See the whole story at tinyurl.com/siemens-shampooRFID.)

Ultimately, the machines that make up a CPS become smarter through the sharing and analysis of data, which form the foundation for autonomous operation and can be used to improve manufacturing efficiency.

For example, at Mitsubishi we use robotics and YAG lasers to weld formed parts during certain fabrication processes. We form large panels, which are trimmed to final shape on a 5-axis waterjet machine. Trimmed edges are then fit together and welded using a laser-welding robot.

It is common to experience inconsistent geometry in the weld joint because of forming or trimming errors. These inconsistencies can cause small gaps in the joint that result in weld defects that require manual rework.

With a CPS in place, it would be possible for the robotic welding system to collect and report data about the weld joint that could be acted upon by other systems in the network. In such a scenario, the waterjet’s CNC program could make adjustments based on the data from the robot, preventing gaps between subsequent panels.

In another scenario, the robot could recognize the trimmed path as a pattern and adjust its program to compensate. Or, complementary adjustments, based on shared data, might be made to both systems.

Industry is already utilizing this kind of technology on a smaller scale. For example, coordinate measuring machines and other measuring devices collect and report data to machine tools. The reported data can be used in conjunction with logic commands in the program to update toolpaths, coordinate systems or alter tool data to change a machining operation. CPS take it to another level by allowing enterprise solutions. On a macroscale, it is entirely possible that a product lifecycle could be integrated through the IIoT.

Gas turbines used for power generation lend themselves to such lifecycle scenarios.

Turbines are monitored continuously for faults, vibrations and other anomalies that could cause or indicate catastrophic failure. Maintenance on these machines is regimented like that of an airplane, with certain components being replaced on a regular, predetermined schedule.

Components that have been removed from the turbine are typically returned to the shop, where they undergo inspection and repair. During the repair cycle, design flaws are identified and modifications to counteract failure-prone areas are made.

Now, imagine fully functioning CPS that are integrated and connected via the IIoT. Data collected during turbine operation would be analyzed and shared with various engineering organizations.

For example, data about failures and other issues could flow from the turbine to design engineers who feed the new design criteria to correct the problems directly to machines on a shop floor.