Challenges in the micro-EDM world

Say “EDM” and most manufacturing folks think mold, tool and die work. Yet sinker, wire and hole-popping EDMs are often employed in conjunction with, or as alternatives to, traditional part-making processes, such as milling and turning.

EDMing is generally much slower than chipmaking processes, which limits its use to parts where the metal is too hard, the geometry too difficult or part features too small for conventional cutting tools. 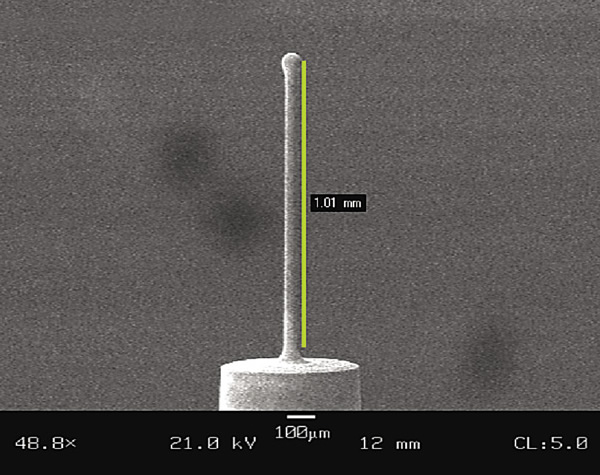 Some parts, especially those in the medical and semiconductor industries, meet all three criteria and arrive on the doorstep of someone like Eberhard Bamberg, president of Viteris Technologies LLC, Salt Lake City. Bamberg designs, builds and operates micro-EDMs and defines “micro” as anything smaller than 0.0004" (10µm). And while his definition is more restrictive than what most in the EDM community consider micro (objects smaller than 1mm), Bamberg’s equipment addresses the more common problems associated with micro-EDMing, starting with the electrode.

“From a mechanical point of view, getting the right tension on a wire measuring 0.002" and smaller is extremely challenging,” Bamberg said about the typical wire size the company uses. “There’s almost no margin for error, especially with tungsten, which is what we typically use in this range.”

In addition to gentle methods of wire handling, Viteris also needed to develop its own spark generators, because the current-carrying capacity of electrodes in this size range is limited—a little too much on-time or amperage microspike and the wire is likely to blow apart. 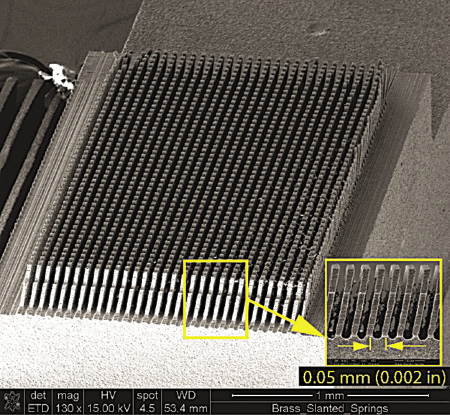 Jerry Mraz, general manager of machine tool builder SmalTec International LLC, Lisle, Ill., also had to develop spark generators for the company’s equipment, which uses a wire to dress the sinker electrode. He said micro-EDMing isn’t as much about part size as it is surface finish.

“We’re able to achieve 40nm or less of surface variation,” Mraz said. “This makes it possible to do extremely fine mold work, for example, or very small part features. One of our current projects requires a series of 4mm-long channels
measuring 12µm to 15µm wide and twice that deep.”

Mraz said the energy discharge is so insignificant at this level it can’t really be considered EDMing. “You’re basically just stripping away ions and molecules, rather than eroding material. It’s similar to electrochemical machining, except we use deionized water rather than electrolyte and, unlike ECM, there is some small amount of electrode wear. The toolpath is also different than with conventional EDMing, in that the tool motions are like those used in a milling machine.”

Metrology is another problem plaguing micro-EDMers. SmalTec’s equipment comes with optical measurement capability, but Mraz has developed a new micro-electrical-discharge-based system—electrical flux metrology—for which he recently received a patent. The new system passes a small amount of current into an electrode, then measures its position at the point in space just before the spark jumps to the workpiece. By collecting these predischarge locations, Mraz is able to build a 3D model of the surface being measured.

“A lot of customers are EDMing quite deep at a very small scale,” he said, adding that this includes tiny orifices and channels that are a nightmare to measure because the majority of metrology systems are unable to see the bottom of these features. “Even white-light systems struggle.”