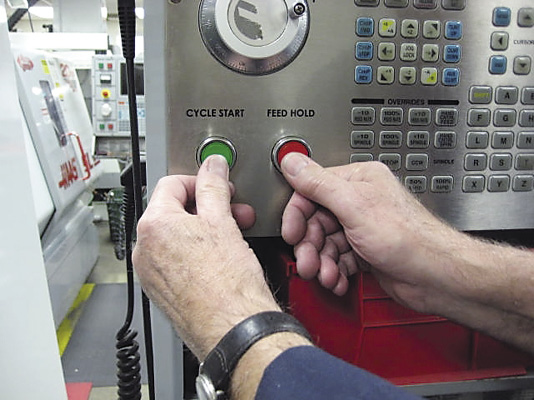 A machinist should toggle between the cycle-start button and the feed-hold button as the cutter approaches the part. If there is a programming error, the machinist is in a good position to catch the error before any material is cut. All images courtesy J. Harvey.

■ For first runs and debugging, toggle between the cycle-start button and the feed-hold button on the controller as the cutter approaches the part. It is difficult to see where a cutter is in relation to a part when the spindle is at machine Z zero (retracted). The closer the cutter gets to the part, the easier it is to see the relationship between the part and cutter. Sometimes I toggle half a dozen times when a cutter is on its way down, especially when engraving expensive mold cavities.

■ Insert M1 optional-stop commands in the program before each tool change. For first runs and debugging, it is useful to have the optional stop activated so you can be at the machine when a new tool is actuated. Often, the first few moves a new tool makes will let you know if there is a problem. Once you determine all tools are running OK, you can deactivate the optional stop button and start running. 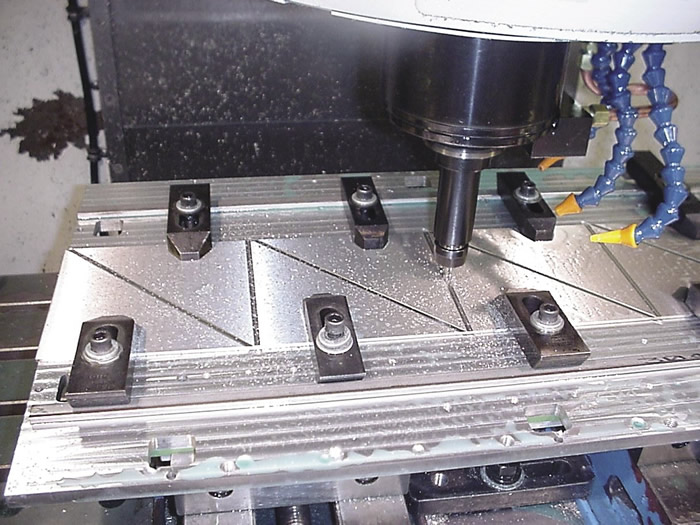 Tie-down clamps are something that a tool can easily run into. When using tie-down clamps, program with generous rapid planes.

■ Be cautious of protruding bolt heads. With bolts, a default rapid plane of 1" is usually adequate to jump from one location to the next without having to concern yourself with interference—as long as the bolt heads don’t stick up higher than the rapid plane.