The decision to bring traditionally outsourced services in-house can be an expensive and scary proposition—one with the potential to either transform a company or send it into bankruptcy.

Yet that’s exactly what many manufacturing companies do, and often they are pleased with the results. That proved true for the four companies profiled in the following pages. 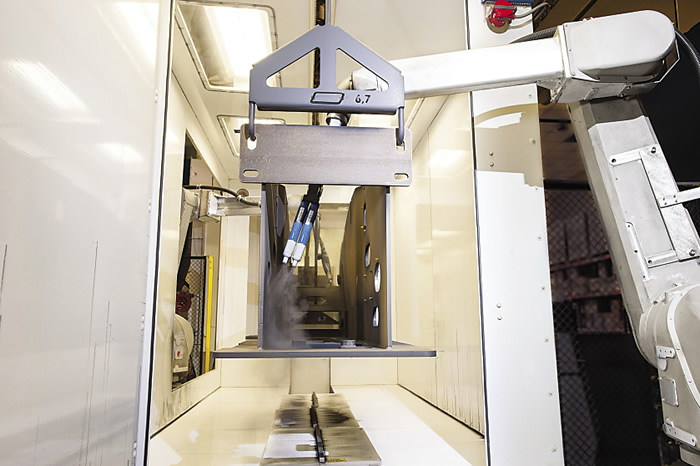 Painting booths are often equipped with robots. This makes easy work of what is otherwise a dull, repetitive task. Image courtesy Miller Welding.

QMC Technologies Inc. is a second–generation, family-owned machine shop in Depew, N.Y. The company took its first step into providing value-added services beyond machining parts 5 years ago, when it purchased a laser engraver and put the company’s manufacturing coordinator, Rachael Serafin, in charge of the new department.

“One of our customers requested that every product be marked with the company logo and a part description,” Serafin said. “We started by subcontracting the work to a laser house, but it was killing our lead time. It got to the point where we were falling short on delivery promises, which in turn affected our competitiveness. Bringing the work inside was absolutely the right decision.” 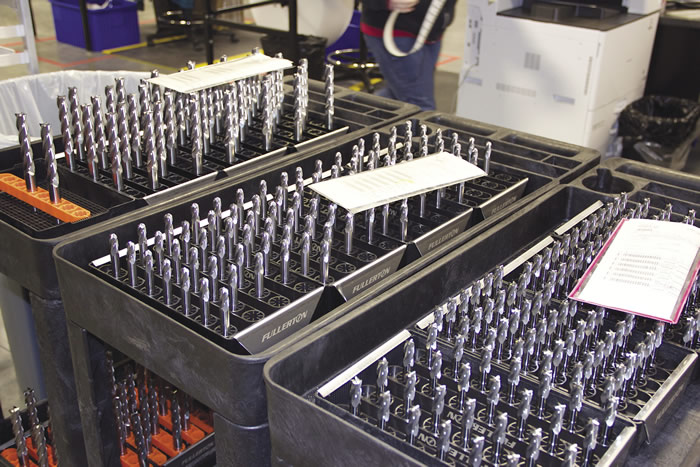 Because of concerns about corrosion, that same customer required that all stainless steel parts be passivated. QMC management applied the same let’s-keep-it-here logic and invested in a passivation tank, a move that not only reduced product costs and lead times, but attracted other customers as well. Because of its success, QMC has also implemented hydraulic crimping, custom bagging and packaging, and ultrasonic sanitization services, all of which were prompted by customer requirements.

Aside from the convenience and control that comes with keeping these value-added services in-house, it also reduces risk. “Anytime you send something out, there’s a chance it will get damaged during shipment,” Serafin said. “For example, we’ve had boxes of fittings worth several thousand dollars split open while in transit. The shipper scooped the parts off the loading dock, tossed them back in the box and taped it shut. So not only were the threads scratched and dinged, but we ended up with missing parts. It’s not worth the hassle.”

Miller Welding & Machine Co. has a similar story, albeit on a larger scale. A supplier of machined and fabricated parts, weldments and mechanical assemblies to OEMs in the construction, mining and agriculture industries, MWM has 500,000 sq. ft. of manufacturing space across its Sandy Lick, Maplevale and Homer City, Pa., facilities. MWM Sales and Marketing Vice President Eric Miller said much of the company’s success can be attributed to one thing: His father’s decision in the late 1990s to invest in powder coating and painting equipment.

The motivation was simple: The manufacturer's customers demanded that products arrive at their plants ready for assembly. “For whatever reason, the market shifted,” Miller said. “The big OEMs were no longer interested in buying machined or fabricated parts. They wanted products that were coated and ready to go. We looked at outsourcing, but then you run into timing and quality issues, something that’s a big concern when you offer just-in-time delivery.

"The ironic part is, if they’d asked us to install a bigger machine tool, we never would have questioned it, but at that time we were very uncomfortable with the whole idea of powder-coat and paint. In the end, it came down to one thing—get on board or lose the business to someone else.” 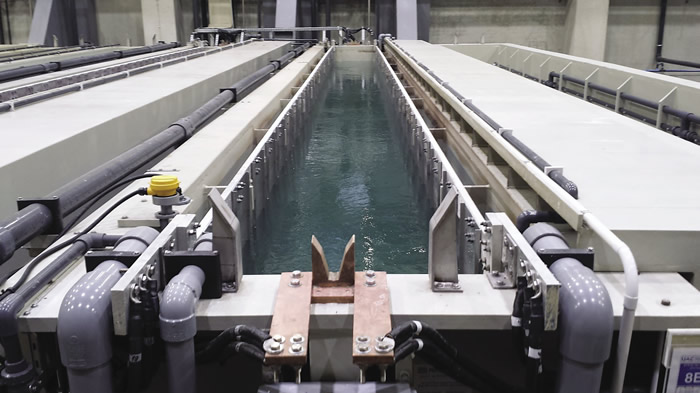 It was a bold move. The projected cost was $11 million, at a time when annual sales were less than $29 million. Worse, the economy dropped sharply after the installation, so MWM didn’t profit from the purchase until 2004. After that, however, the return on investment was extreme.

“By 2008, our sales volume increased to $118 million and our employee count went to 500, more than double that of a few years earlier,” Miller said. “None of that would have happened without the value-added services we’ve been able to offer our customers.”

Gary Bruff, vice president of manufacturing at Fullerton Tool Co., Saginaw, Mich., is looking forward to the flexibility and process control that comes with in-house tool coating. The company makes endmills, drills and other solid-carbide tools.

The toolmaker installed a Platit PVD coating system last October, he said. “It was a turnkey installation with a cleaning machine, coating chamber, tooling set and inspection equipment.”

Fullerton has had the volume to justify its own coating chamber for quite some time, Bruff said, but didn’t have the infrastructure to support it. That changed when the company expanded into a new second facility. Together with the coating demand from its sister company, punch and die manufacturer Endurance Carbide, Bridgeport, Mich., Fullerton management felt the time was right for the $1.5 million investment.

“We’ve used several different coating vendors,” he said. “But we’ve always struggled with handling problems. The tools are very sharp and brittle, and, even with good packaging, we’d end up with some chipped edges. Coating in-house has significantly reduced that.”

“We currently have around 20 different coatings, some of which were developed in collaboration with outside vendors,” Bruff said. “The Platit system can run four different cathodes in the same job, so we have the ability to cook up a lot of different recipes. Our FC-20, for example, is one of our newest advanced performance coatings. It’s really kicking butt.”

Rules and Regulations in Rochester

“One of our favorite success stories is about a tool shop that was having problems with their nickel plating,” said Stephen Pontarelli, president of PKG Equipment Inc., Rochester, N.Y. “They decided to do it themselves, which was a pretty big leap for a company with only eight employees. Today, they have over 100 employees, and part finishing has become a lucrative and profitable business for them.” 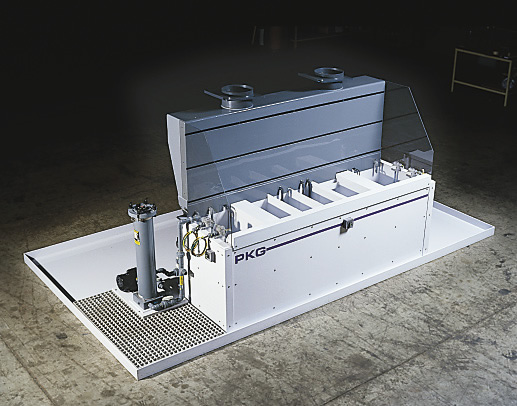 Wet benches are used for various types of small parts finishing and R&D. This custom wet bench is for etching and cleaning parts prior to a coating process. Image courtesy PKG Equipment.

PKG manufactures, services and distributes industrial plating and process systems, from blackening and anodizing tanks that cost $15,000 to automated cleaning, coating and handling systems costing millions. Pontarelli said most plating processes are fairly straightforward and easily managed by even nontechnical shops, but the decision to invest in the necessary equipment shouldn’t be taken lightly.

“If you can run a machine shop, you can operate a plating tank,” he said, adding that there’s a lot of technical support available from plating supply vendors, and the majority of the maintenance is a matter of basic chemical additions and analyses. That said, having someone with a chemistry background on board is helpful.

“There’s also a lot of ancillary gear that’s needed, such as tooling and lab equipment,” he added. “Because of this, we like to sit down and go over the process in detail with prospective customers, so they understand what to expect up front and can budget accordingly.” 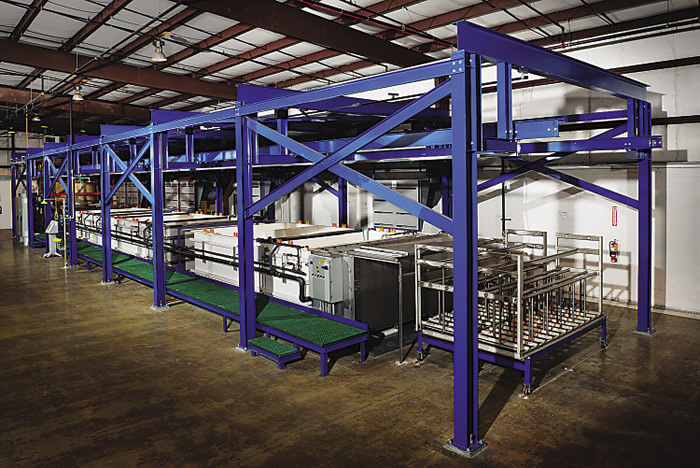 This passivation line is automated and capable of processing thousands of parts per day. Image courtesy PKG Equipment.

Pontarelli said it’s also important to understand local environmental laws. “It’s a highly regulated industry. There are disposal and compliance issues to deal with, and some companies find it doesn’t make sense for them once they understand all the requirements.”

Pontarelli recently worked with a screw machine shop that wanted to fire its plating shop and bring the job in-house because of quality issues. “My recommendation was to either work with the vendor to improve its processes or find another vendor that could do the job right. The shop simply didn’t have the volume to justify the capital investment," he said.

“Even so, bringing these value-added services in-house makes sense for a lot of manufacturers. Just make sure to do your homework first,” Pontarelli added.