Undoubtedly there are many benefits associated with the use of additive manufacturing (AM) as a production technology. Across industries, manufacturers exploit the fact that through the use of AM they can not only build complex parts — in one piece — which were previously impossible, but they can also build stronger, lighter weight parts, reduce material consumption and benefit from assembly component consolidation across a range of applications.

These advantages have been well documented during the last 10 to 20 years as AM has emerged as a disruptive technology for not just prototyping but also production, and are invariably seen as being enabled by the additive hardware that builds the parts. In reality, this is a partial picture, particularly for serial production applications of AM. AM hardware systems are just one part — albeit a vital one — of an extensive ecosystem of technologies that enable AM, both pre- and post-build.

Of unique importance today is the role of post-process metrology to validate the integrity of AM builds. One specific reason for this importance is that many parts produced by AM end up in safety critical applications where end-use functionality is of vital importance. The nature and relative roughness of AM surfaces, whether analyzing individual layers within a build, or the surface of a finished part render conventional metrology solutions somewhat impotent. In this article, I review developments from Zygo, including work alongside Richard Leach that allow for hitherto unattainable metrology results, which are being used to enhance the use of AM as a production technology by making validation protocols more efficient. 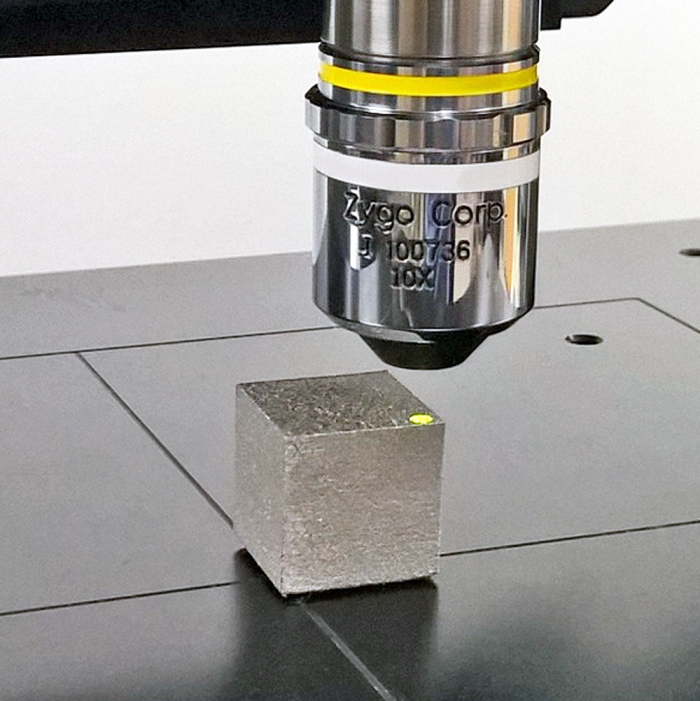 Zygo is working with Richard Leach, professor in metrology at University of Nottingham, Nottingham, U.K., on various projects related to the use of metrology in AM. It is Leach’s view that the issue of metrology is crucial to the success of AM as it begins to establish itself as a true production technology.

“There is absolutely no doubt that inadequate metrology solutions able to cope with the specific characteristic of an AM produced part are a huge obstacle to overcome if AM is to be used as a viable production technology across industry," Leach said. "Basically, as we stand today, there is a lack of clarity as to the precise nature of defects that you get when undertaking an AM build, and you also have little idea how they may cause problems in terms of part functionality. We don’t have a detailed enough map of how the topography of the defects  and the anomalies that you get during the AM process propagate through to the part in an end-use scenario.

“Imagine you are making a turbine blade in an AM layering process, and you see that there was a blip in the topography in layer 4. This layer will in-time be covered up, so its characteristics will be fundamentally different by the time the finished part is complete, and it is at this moment impossible to know — without the clarity that good metrology provides — whether the blip is in fact still there when the build is complete, and if so, if it was actually significant in the first place. Essentially, we are working on — but still haven’t completely solved — the problem of understanding what issues you get on the surface and under the surface when using AM, and how these relate to product functionality. Therefore, it is difficult to predict the mechanical properties, the thermal processes, the fatigue properties etc. from the types of structures we are seeing post-process. Defect-function analysis may allow us to move towards controlled AM by just stopping the process when things go wrong, as right now, we spend hours building a part that may in fact have a problem in layer one.” 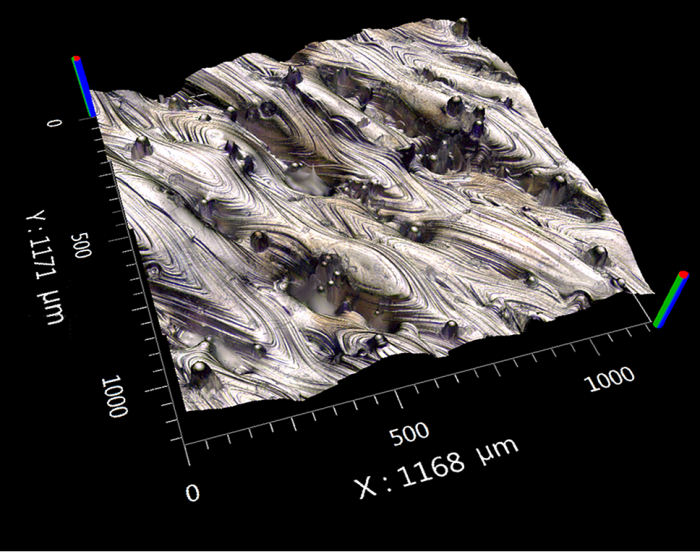 Despite these challenges, many companies are already using advanced AM successfully for the production of critical parts and components, often in aerospace applications where part failure is not an option. To ensure that these AM produced parts conform fully with design intent, part suppliers undertake far more mechanical testing and metrology verification than they would normally employ for conventional manufacturing processes.

Necessarily, manufacturers are forced to focus on process development and throw all the validation resources they can to “prove” the integrity of the finished AM part. This latter is effectively a belt and braces approach, relying on Gage R&R reproducibility and repeatability as a stand-in for a more rigorous measurement uncertainty approach when evaluating the integrity and functional characteristics of AM parts. The current solution is what could be termed “extreme-testing.”

Leach said: “Everyone blames the confusion on a lack of standards for measuring AM parts, but this is not where attention should be focused. You cannot develop standards if you don’t have the correct measurement technology in place to start with. Standards being developed without the technology solution ready to use are actually worse than no standards at all. That is why the emphasis with Zygo and other metrology instrument suppliers is on adapting metrology solutions to make them better aligned with the unique characteristics of the AM process and AM end-use parts. In the respect of standards, our focus today is on producing a 'Good Practice Guide' along with ASTAM, showing OEMs what metrology solutions are in place today, and how to get the best results from these when applied to AM surfaces, and setting the instrument up in the best way to understand the data.” 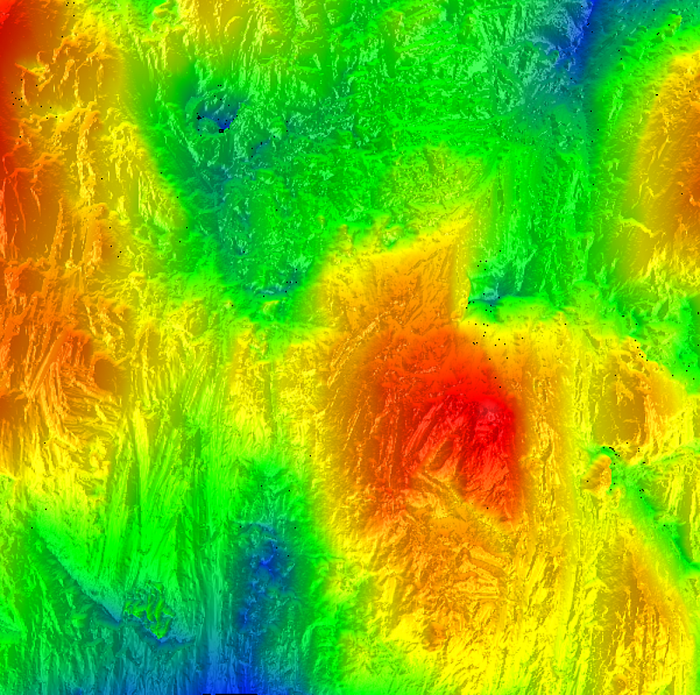 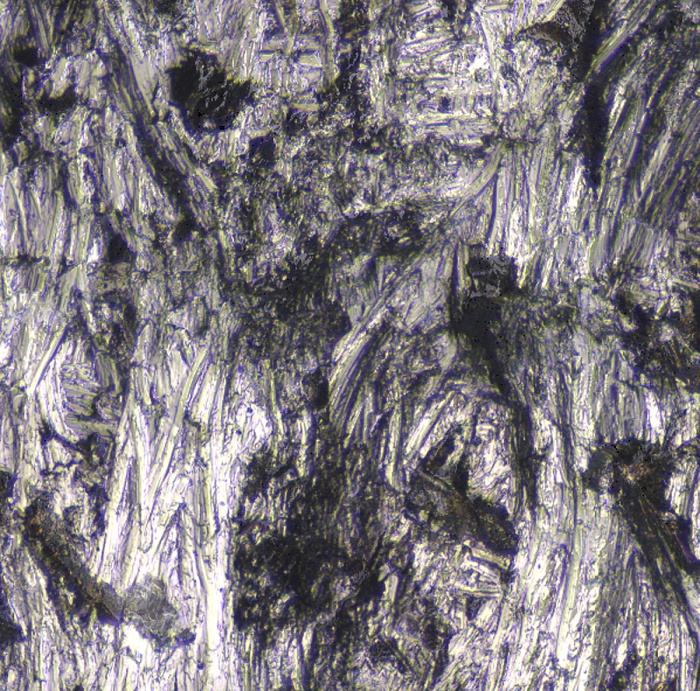 ZYGO CSI for AM Metrology

So the focus in the area of metrology for AM is to reduce the time and cost inefficiencies inherent today of relying on vast range of duplicate and often inadequate metrology steps to validate that an end-use part is fit for purpose.

As Leach works on this vital area, he is involved with a number of metrology instrument suppliers, using a variety of measurement technologies.

Leach continued: “For post-process metrology, a number of alternatives exist including confocal and focus variation, and Zygo’s coherence scanning interferometry (CSI). Initially it was thought that CSI was not suitable to the vagaries of post-process AM parts (with their unusual surface roughness), but Zygo enhanced its CSI instruments by introducing new ways of playing with the optical light source, illumination conditions, and also the company played with the detection conditions which led to the attainment of high quality results with extremely rough and complex AM surfaces. I have to admit that before looking in depth at the Zygo CSI solutions, even I thought that they probably wouldn’t be able to be applied to AM parts, but it actually works extremely well.”

Leach’s initial work with CSI, which informed his early view of the inappropriateness of the technology for AM super-rough surface metrology, was based on CSI from an alternative supplier other than Zygo. The CSI instrument his work was initially focussed on was a CSI instrument in terms of its basic measurement principle, but it differed from the Zygo system in terms of hardware, firmware and data analysis.

Using data from the alternative CSI solution provider, Leach and his team at Nottingham concluded that interferometry was fundamentally not suitable for AM metrology, because the example instrument failed to capture most of the highly irregular topographic features. However, by then Zygo had already solved this problem with the introduction of its Nexview   instrument in 2014. It is the Nexview  technology that Leach and Zygo work on together today, and which is now accepted to be a strong and viable AM metrology tool.

The Nexview  instrument and its sister product the NewView  included innovative hardware and software upgrades, the package of improvements being referred to internally at Zygo as “more datatechnology,” and this made the instrument much better suited to AM parts.

Leach said, “We installed a NewView 8300 instrument at Nottingham in October 2016. Measurements made at Nottingham, as well as at Zygo’s headquarters in Middlefield, Connecticut, USA on AM surfaces conclusively demonstrated that Zygo’s CSI implementation was well-suited to the task. The Zygo system is arguably a reference standard today for AM metrology, and other research groups have confirmed its superior capabilities. Today, we work with Zygo’s Nexview optical surface profiler.”

The more-data capability has been part of Zygo’s complete product line (ZeGage and NewViewoptical profilers, and Nexviewsystem) for several years now and has been shown to be one of the most successful technology developments for the product line.

More data significantly improves the baseline sensitivity of CSI and enables high-dynamic range (HDR) operation making it valuable for a wide range of parts, from steeply-sloped smooth parts to exceptionally rough textures with poor reflectivity. Additionally, HDR is able to measure parts with a wide range of reflectance, often a struggle for other CSI instruments. HDR is unique to Zygo, meaning that an alternative implementation of CSI may not be able to achieve the performance on AM parts that Zygo can provide.

Today, the focus is on using the Zygo HDR CSI technology to undertake surface texture analysis and to attempt to better understand its links with the AM production process.

Leach concluded: “My work with Zygo is centered around understanding precisely how the CSI instrument works and accurately modeling it for AM applications. At the moment, the issue is that AM surfaces are so different from what we are used to in terms of the raw surface and the post-processed surface that there is no standardised way of measuring and characterizing these surfaces. We are working with Zygo to ensure that we continue to optimize metrology solutions for the increasingly important area of AM for production scenarios.”

Eric Felkel is the product manager for 3D optical profilers at Zygo Corp., Middlefield, Connecticut. He can be contacted at eric.felkel@ametek.com.