Gorilla Mill grows up with ANCA 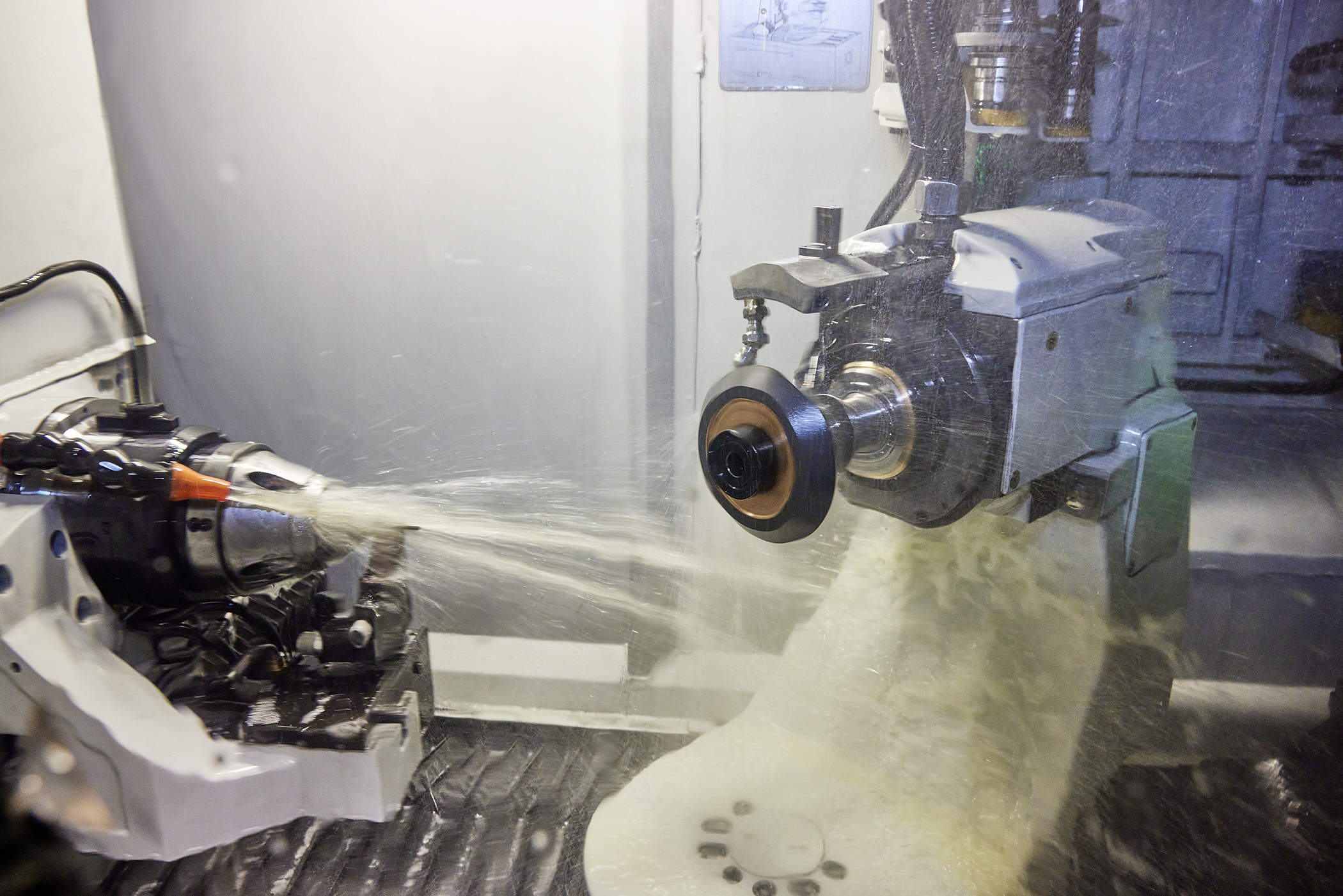 Carbide Grinding Company Inc. was established in 1974 and developed a reputation as a small, specialist maker of tools, supplying Milwaukee-area manufacturers like Snap-on and Harley-Davidson.

After purchasing the company in 2003 and giving it a new image as Gorilla Mill two years after -- its branding is simian-themed, aggressive, fun, and comes with the tagline “Weapons of Mass Production” -- Kevin Cranker has set the company on a solid growth path.

They are now up to 48 employees, with 300 distributors worldwide, and a diverse spread of customers.

These include automotive and defence suppliers, aerospace customers including Boeing, and space clients like SpaceX and Blue Origin.

But it’s the support of “mom and pop” shops that Cranker seems happiest about. “They're the guys who keep our work up,” he said. 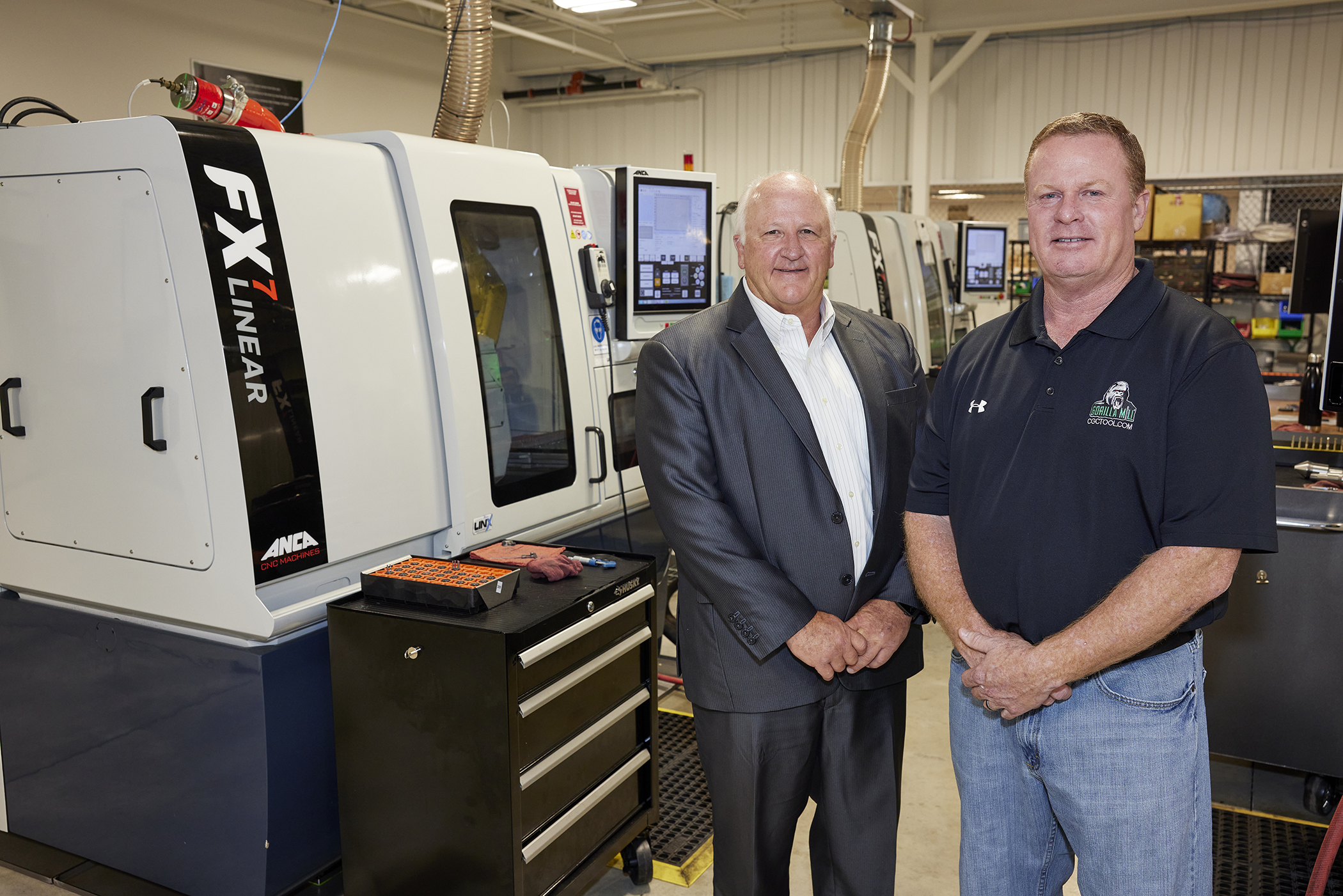 “When one of the big guys goes away it stings a bit. But then we have a number of small mom and pop job shops that we love doing business with because they’re always there and just always buying.”

After investing in and being disappointed by a European-made tool and cutter grinding machine early in the millennium, he decided to try an RGX, suitable for re-grinding and low-volume production. The machine is still part of GM’s collection of ANCA machines, and has been joined by 17 others.

“I've been buying a couple a year pretty steady here for the last five or six years. Probably going to need some more here before 2022,” he said.

“We have several RX7s. Several MX7s. A couple of TX7s. We've got now a bunch of FX7s. It's a mix of all different older ones and newer ones. I really, really like the new ones with the linear motors, which work really well.”

Cranker said the linear motors made by ANCA Motion offer a “night and day” difference versus ballscrew motion, with greater precision and speeds, and much greater durability in a workshop where a lot of carbide sludge is generated.

ANCA’s pioneering simulation software was another enabler, and took the “heartache and headache” out of designing the geometries of Gorilla’s patented four-and five-flute mills, which Cranker designed with Mark Greenwood, national sales manager at Gorilla.

The firm adopted simulation with the purchase of its second ANCA machine, and it has proved invaluable ever since. 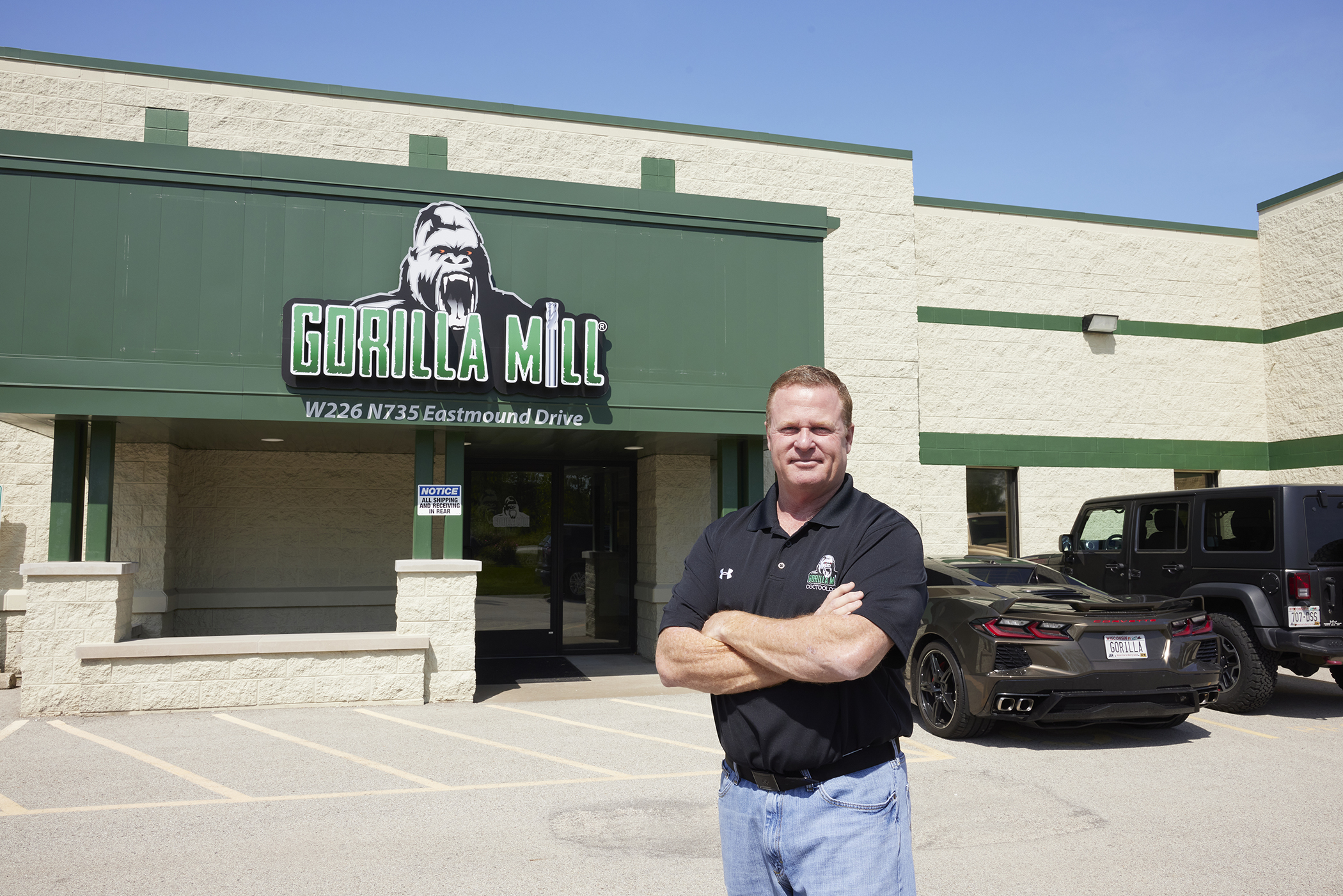 “Then they take that design to the ANCA machine and get the first tool off the machine perfectly as designed in the 3D CIMulation.”

In regards to tool development, Cranker said that there would be “just no way we could do it” without the 3D CIMulation.

“We were able to mess around with geometries in a virtual space and not waste materials and machine time and everything else,” he said.

“Nowadays, the simulator has just gotten so much better with all these new additions and the fact that now you can make blueprint drawings from it and you can just do a whole lot more.”

One software feature that gets regular use is tool balancing, introduced in ToolRoom RN34. This has proven “a huge help,” mainly for single-flute routers, enabling design of tools for high-speed machining that won’t produce noise and chatter and damage workpieces. 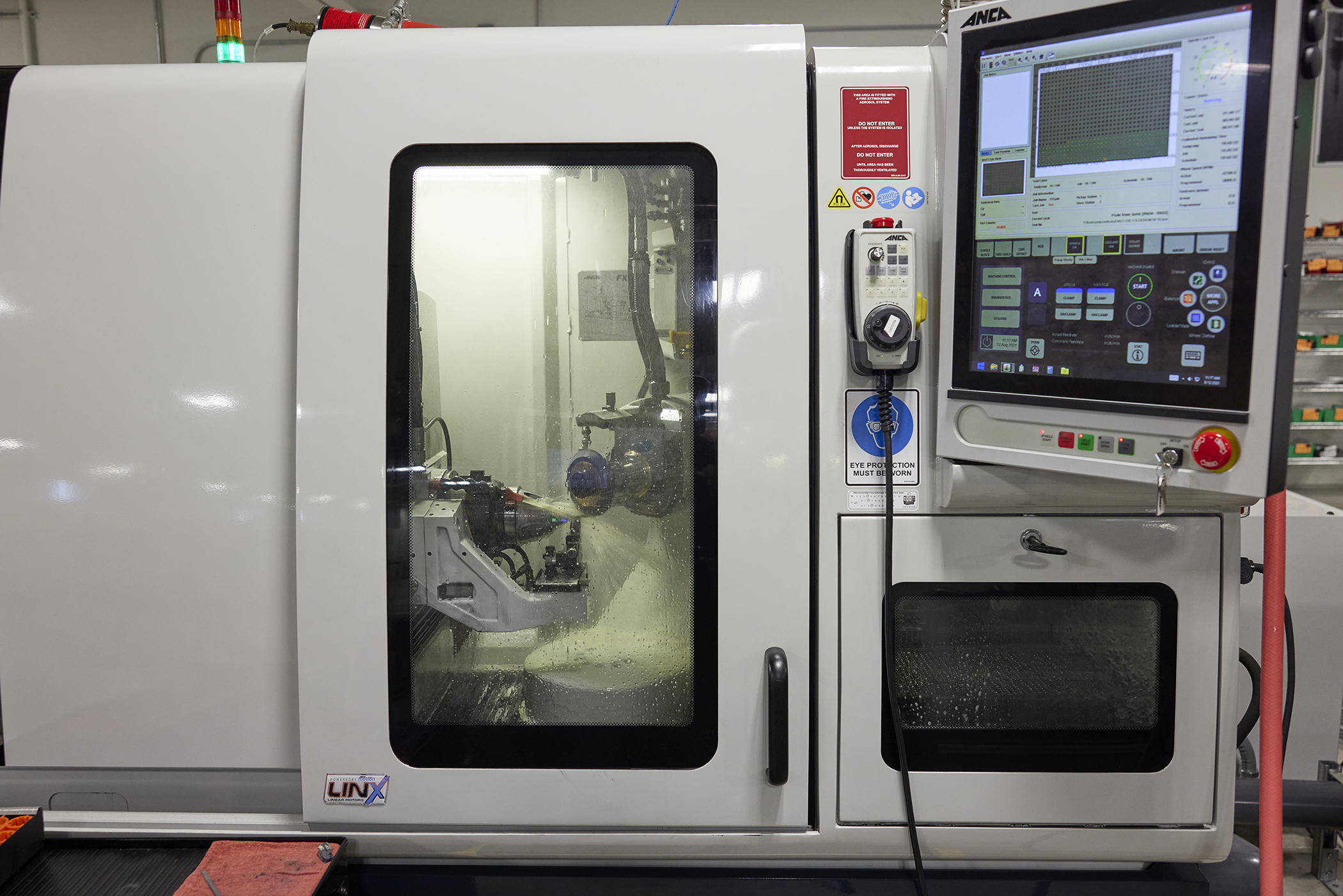 Levels of user friendliness and automation options available on ANCA machines have also grown up with Gorilla Mill.

“Cross training” required among the fast-growing workforce is minimal, and most of the workshop’s machines have the same ANCA software,” said Cranker. “Plus, we have all of our machines tapped into a network.”

“We can just manipulate toolpaths and tool programs right in our simulator and then shoot that over to whatever machine they’re needed at.”

Every machine is equipped with a robotic loader -- either a pallet-style or a newer AR300 unit -- helping make lights out work possible. Daytime is for custom and short-run production. The third shift is unmanned.

As the company grows its staff and revenues, which has risen nearly 900 percent since the beginning of the Gorilla Mill era, Cranker estimated that it will continue to invest in FX and MX machines, as well as robotic options to go with these. 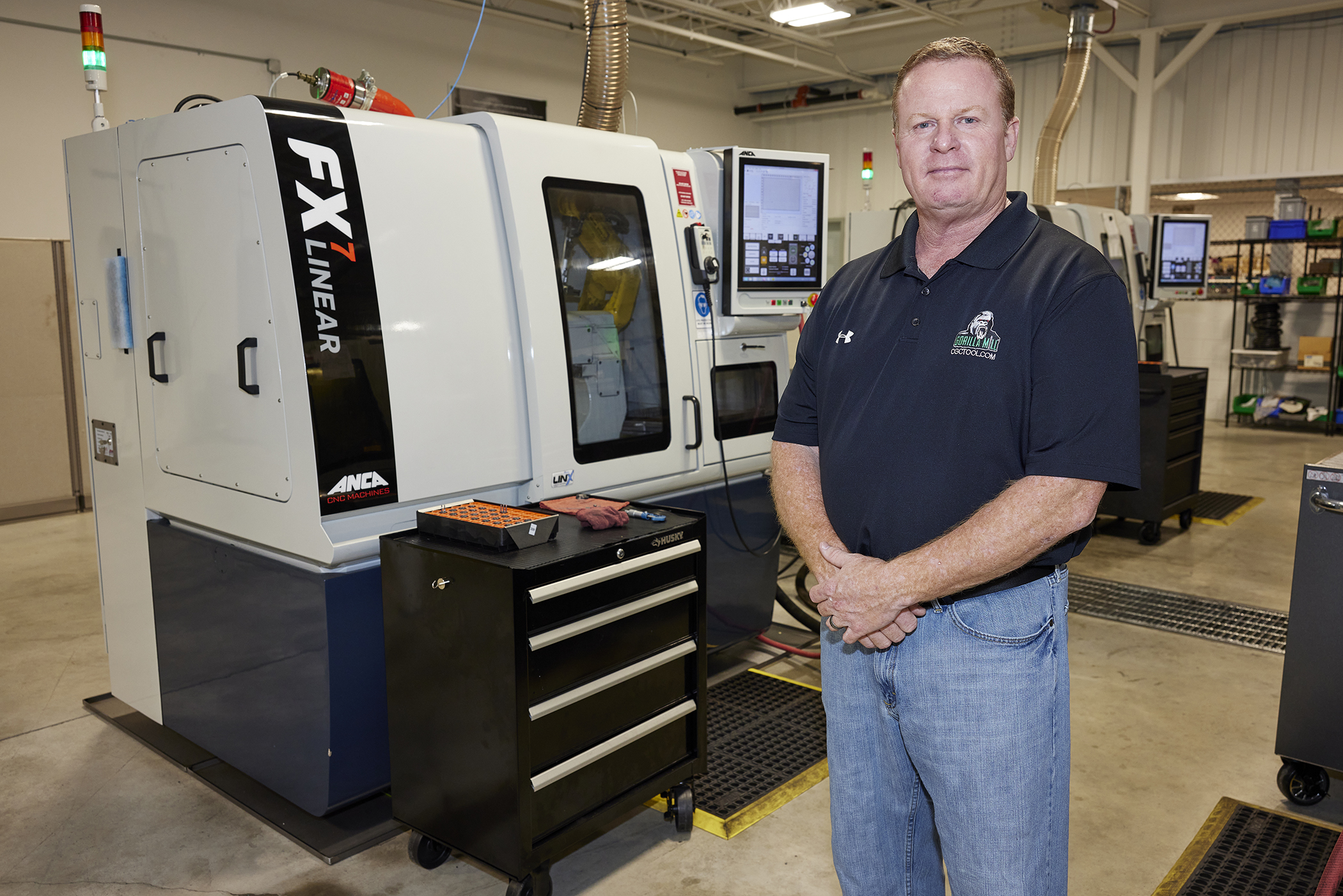 “We currently have the ability to make 3,500 endmills a night, if need be, and that's huge for us, said Cranker, who recalls the company getting started with automation on the old RGX machine.

“It can be tricky if you don't know how to set things up right, and ANCA’s done a pretty good job of trying to keep complications to a minimum. But we honed our skills, and every time we moved up, we bought another loader, because I really want to be able to make tools lights out.”